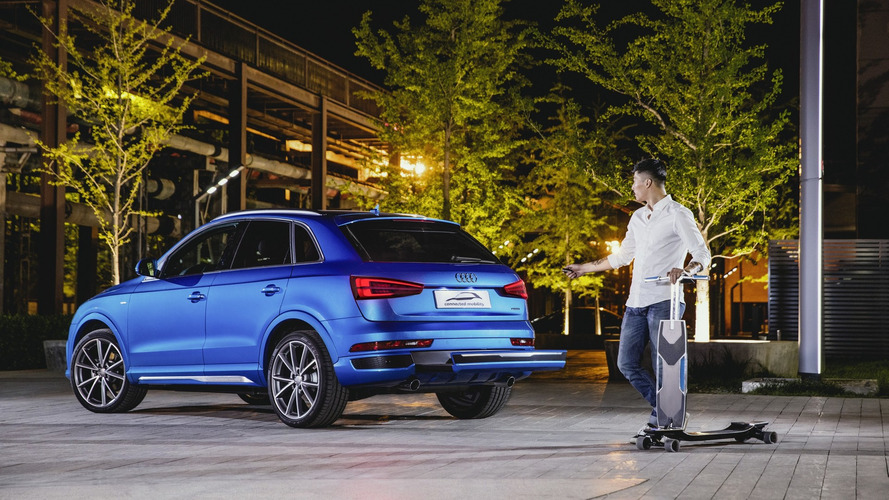 Audi has modified the Q3 crossover to create the “connected mobility concept” which incorporates an electrically-powered multifunctional longboard.

Driving in an overly crowded city such as Beijing can be a bit of a hassle which is Audi has come up with a solution that doesn’t actually involve using a car. It’s a 1.05-meter long electric longboard that has enough battery juice for more than 7.4 miles (12 kilometers) and can reach a decent top speed of 18.6 mph (30 kph).

When not in use, the longboard remains neatly integrated in the Q3’s rear bumper during which its battery is recharged. To help you decide whether you should use the car or the longboard, the crossover’s infotainment system is linked to your smartphone calendar and will calculate the fastest route possible. It will use real-time traffic data to figure out whether it would be faster to drive the car or use the longboard.

If the software detects it would be quicker to use the longboard, the infotainment system will recommend a nearby parking space where you could park the car and continue the trip on the longboard. How clever is that?

The Audi connected mobility concept is being showcased starting today in Beijing where it shares the spotlight with the latest version of the Q3 CN Spec.