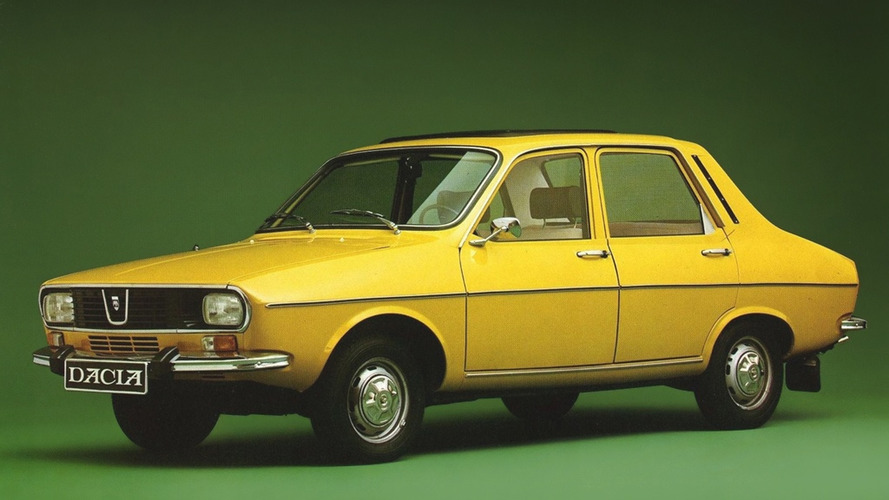 A licensed copy of the Renault 12 with more than 1.9 million sales.

It’s Friday and that means another installment of our Soviet Bloc cars series is ready for you. This time we are taking the train from Mlada Boleslav in Czhech Republic, where we met the Skoda 120, to Mioveni in Romania to tell you the story of the local Dacia 1300.

As mentioned, the 1300 was launched in 1969 and was manufactured in Mioveni with all its six facelifts through the years. During the first years of production, the car was just assembled in the factory as Renault was supplying CKD kits.

For its 35 years on the market, the 1300 was offered exclusively with compact OHV four-cylinder petrol engines and manual gearboxes. At first, it was available with a 1.3-liter unit that was later joined or replaced by 1.4- and 1.6-liter motors. Power was delivered to the front wheels through four- and five-speed manuals.

The idea for a locally-built family vehicle appeared for the first time in Romania in the first half of 1960s when the government decided to acquire the tooling and basic design of a modern car from Western Europe. It had discussions with Alfa Romeo, Fiat, Austin, and Renault and at the end it was decided that the French company’s offer is the best, mainly due to political reasons.

The Renault 12 was launched in 1969 and in the same year Dacia started production of its licensed copy. At that time, the 1300 was a really modern vehicle, offering good comfort, safety, performance, and reliability. It was considered as a better option compared to the Skodas, Ladas, Moskviches, Wartburgs, and others that came from the Eastern Bloc.

Nearly ten years after its debut, the 1300 was refreshed and another facelift followed three years later, bringing the 1310 moniker. During the 1980s the car was revised several times and Dacia launched pick-up, coupe, and liftback versions.

In the mid-1980s the car was no longer able to meet the new European safety and comfort standards and Dacia started design for a replacement. However, because of many financial and political reasons, the project was ready for a market launch nearly ten years later – the official debut of the Dacia Nova was held in 1994. By that time the car was already outdated.

The fact that the new model was smaller than the 1310 forced Dacia to modernize the sedan once again and keep it on sale during 2004, when it was carrying a starting price of $4,615 for the sedan version. Finally, it was replaced after almost 35 years on the market by the all-new Logan, developed in cooperation with Renault.

Interestingly, when it debuted, the 1300 was described as a large family car, but constant changes to vehicles’ shape and size meant that the 1310 was a small-sized car in the 1990s, more than three decades after it was launched. Oddly enough, for a few months in 2004, the Romanian manufacturer offered three different small sedans – the 1310, the Solenza, and the Logan.