How does the grille-less Tesla Model S facelift look in real life? 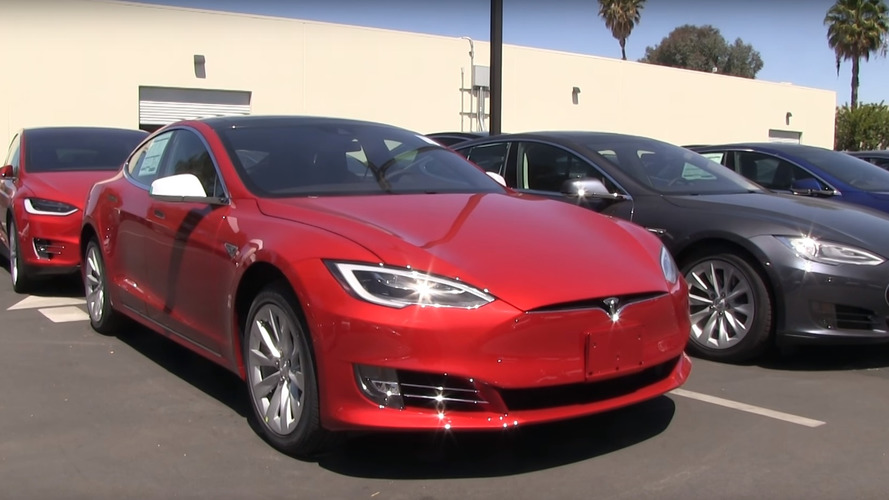 Tesla Motors introduced the facelifted Model S a week ago and now we bring a walkaround video showing all the cosmetic changes.

A grille on an electric vehicle is useless, so Tesla Motors has decided to remove it altogether. This brings the face of the Model S in line with the company’s other model in production today, the Model X. The new front-end appearance with only a subtle “moustache” has sparked some controversy. While some are saying the front fascia looks sleeker and cleaner now that the false grille has been killed, others are criticizing Tesla’s designers for giving the Model S an inexpressive front.

On a personal note, I honestly wasn’t a big fan of the grille-less treatment when Tesla released the official renders, but now I’m starting to like it after seeing it in a real life environment. It makes it look a bit more elegant and classy. In addition, I also find the appearance of those new adaptive full LED headlights an improvement compared to the pre-facelift.

The changes to the side profile and the rear end are on a more subtle level and it would be hard to notice them unless you’re a big Tesla fan. It’s the same story with the interior that has received only minor tweaks, but there are now two new wood trims and a medical-grade HEPA air filter sourced from the Model X.

It remains to be seen whether future EVs from other car manufacturers will adopt a grille-less front fascia like the facelifted Model S. It’s a delicate matter taking into account a grille is very important from an aesthetics point of view and removing it could have a direct impact on sales.