Audi TT RS wags its camouflaged tail at the 'Ring

A prototype of the 2016 Audi TT RS was at the Nürburgring the other day when some of the rear camouflage partially detached from the body.

The rear disguise of this TT RS prototype had a mind of its own and at one point the camo between the exhaust tips detached from the lower area of the bumper and started flapping around. It’s a sign that Audi should just reveal the car, especially since a camo-free prototype was spotted last month in Spain, so the cat is already out of the bag.

The prototype caught on camera at the ‘Ring had the production body with a more aggressive front bumper featuring beefy air intakes. At the back, it had the usual RS-spec oval exhaust tips along with a prominent wing to aid downforce on the rear axle. This car appears to have the standard LED taillights, but Audi is expected to sell the TT RS with optional OLED clusters as teased at the Consumer Electronics Show in January.

We hear that power will come from a turbocharged, 2.5-liter five-cylinder engine, but rumors say it’s an all-new unit that will have virtually nothing in common with the existing engine. It’s set to power not only the TT RS, but also the U.S.-spec RS3 Sedan, and quite possibly the Euro-bound RS3 Sportback facelift. We know for a fact the RS3 Sedan will have 400 horsepower, so expect a similar output from the range-topping TT. Who knows, maybe the production-ready VW Golf R400 will also get the same engine.

Engine aside, Audi is believed to offer the new TT RS with a standard six-speed manual gearbox and an optional seven-speed, dual-cutch transmission. Regardless of selection, the engine will send its power to an all-wheel-drive quattro arrangement. The increased output will be backed by upgraded brakes compared to the warm TT S and we are also expecting some interior updates to further differentiate the two.

An official reveal of the Audi TT RS can’t be that far away, so we are inclined to believe it will be out in the next few months. 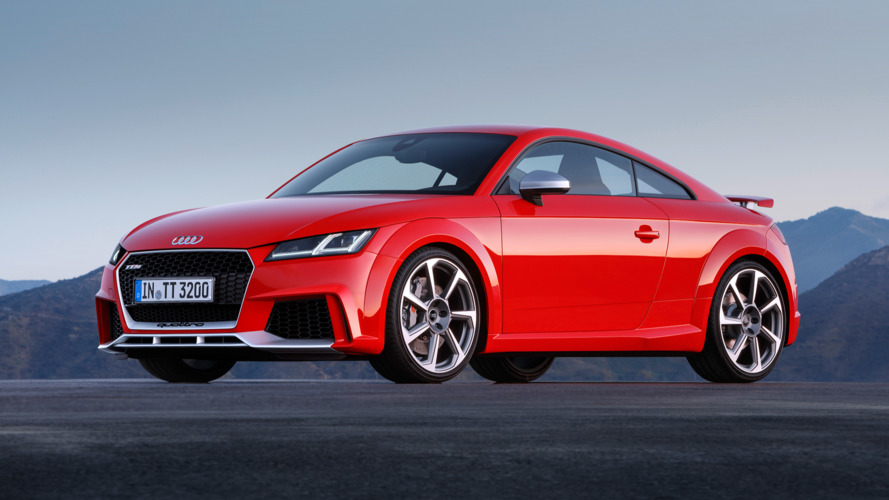