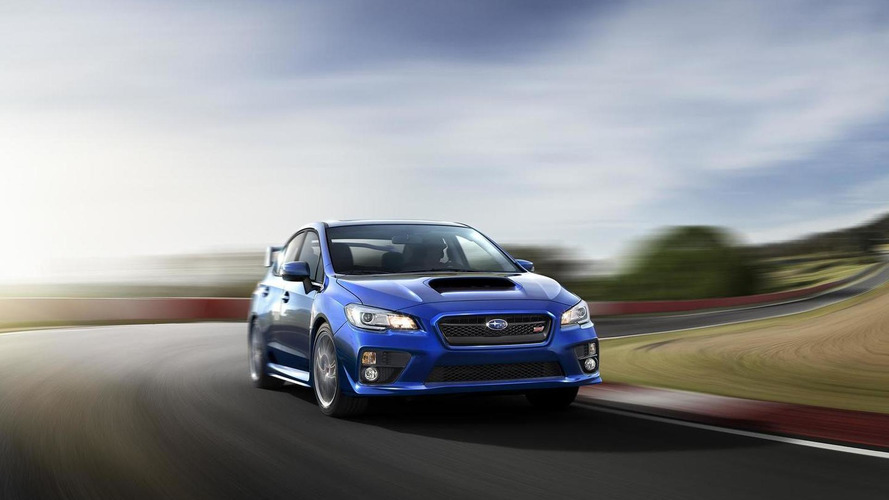 Both models will go on sale this summer.

Subaru has announced a series of updates to the 2017 WRX and WRX STI.

Set to arrive at dealerships this summer, the models feature a number of minor changes including a new tricot headliner and newly standard automatically headlights on the base WRX STI.  The cars can also be equipped with upgraded EyeSight system which now features Reverse Automatic Braking.  The system uses ultrasonic sonar sensors in the rear bumper to detect large object and automatic stop the vehicle if the driver fails to respond to warnings.

The entry-level WRX is powered by a turbocharged 2.0-liter four-cylinder engine that produces 268 horsepower and 258 pound-feet of torque. It is connected to a six-speed manual transmission and a standard all-wheel drive system.

Moving up to the WRX STI rewards buyers with a turbocharged 2.5-liter four-cylinder engine that cranks out 305 hp and 290 lb-ft of torque.  Given the extra power, the WRX STI's engine is connected to a reinforced six-speed manual transmission and a unique all-wheel drive system.

Note: Prices exclude destination and delivery charges which can vary by location