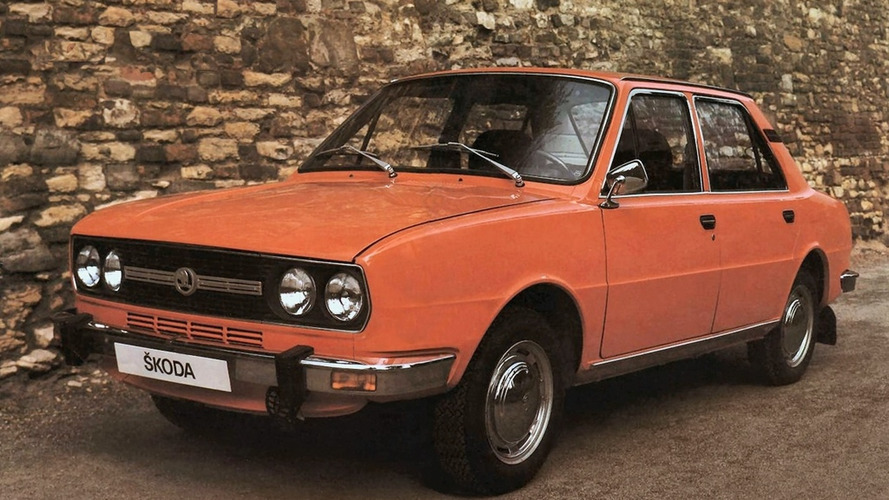 Meet the Porsche 911 of Eastern Europe.

Before you start asking why there's no Russian vehicle here since this is a Soviet cars story, let’s explain shortly – we are expanding the weekly category into Soviet Bloc cars. And no, that doesn’t mean we are going to abandon Russian cars, but we will mix them with models from other Soviet Bloc nations.

So, here’s the Skoda 105/120, considered by many as the Porsche of Eastern Europe from that time. It’s a rear-engine, rear-wheel drive, small family car that was produced by AZNP – a manufacturer these days known as the Volkswagen-owned brand Skoda.

Production of the 105/120/125 family started in August 1976 at the Mlada Boleslav factory in Czechoslovakia. It remained on the assembly lines for nearly 15 years as the model was discounted in January 1990 after a total of 1,961,295 cars.

Depending on the version, this Skoda was equipped with two different engines – 1.0- and 1.2-liter petrol units, delivering power to the rear wheels through four- and five-speed manual transmissions. In 1984 the rear suspension of the car was redesigned and the track of the car was widened. The car also received improved brake system with front disc brakes.

While it was initially criticized for its “unpredictable handling at the limit,” the Skoda was very well accepted by motorists in Czechoslovakia and all over the Soviet Bloc. It gained international popularity winning several famous rallies, including the british RAC rally, and was exported to different markets, including the United Kingdom, Finland, West Germany, Greece, and even Australia and New Zealand.

The 105/120 is constructively interesting vehicle as it features a radiator located on the front axle, which provided a better cooling during long motorway runs. However, due to its complexity, the cooling system was very prone to airlocks, which often resulted in overheating of the engine.

After the major facelift in 1984, the poor handling was gone and Autocar even prized the car saying it “handles like a Porsche 911.” We are far from saying this was true, but at least the vehicle was easier to control thanks to the more direct steering.

Interestingly, exporting the 105/120 to Australia and New Zealand proved to be a good business decision, as the model family turned to be a good rival for the British imports with its low cost and good durability. However, sales were stopped for a short period in 1980 when it was reported a batch if imported Skodas were produced with prison labor and such imports are forbidden under the local law. The situation was similar in Australia, where sales suffered from laws, limiting import from communist countries.