Winter tires make all the difference.

The Audi A1 and Audi SQ7 couldn’t be more different. However, a new Carwow video pits the pair against each other in a series of indoor ski slope drag races. The SUV starts on summer tires, while the hatchback arrives wearing winter ones, giving the A1 at least one advantage over the more powerful SQ7.

The first race up the snowy ski slope was relatively easy for the A1. The hatch crested the hill and passed the cones, leaving the SQ7 at the bottom. The SUV struggled for traction, barely moving from its starting position and losing. In the second race, the SQ7 took a gentler approach, slowly leaving the starting line and making progress up the hill. However, about halfway up, the SUV slowed, struggled for traction, and slid back down the slope, skating into the foam padding at the bottom. Thankfully, the collision didn’t cause any damage.

The SQ7 switched to winter tires for a third race, a game-changer for the SUV. The big Audi launched from the line, its tires spinning and tossing snow as they dug in for traction. It stayed even with the A1 until about halfway up the hill before the SQ7 could pull ahead, crossing the finish line first.

All-wheel drive is great, but tires still matter, as the drag races demonstrate. The SQ7 struggled on its summer tires compared to the Audi A1, but the switch to winter rubber helped the beefy SUV navigate up the slope. It’d eventually make it all the way to the top. All that power under the SQ7’s hood isn’t useful if the vehicle can’t find the traction to put it to the ground. 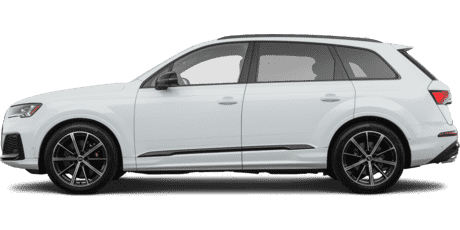