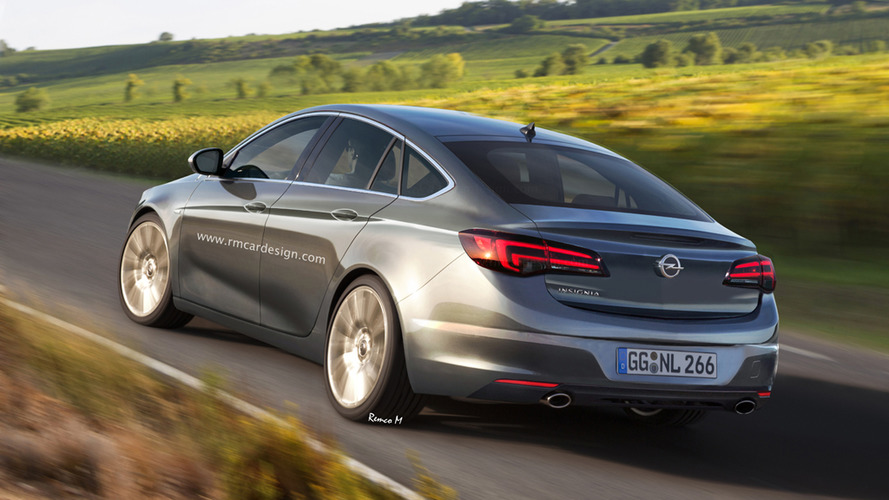 We are probably less than a year away from seeing the next generation Opel Insignia on the road and the time is right for unofficial renderings previewing the model.

Opel has already refreshed or replaced most if its core vehicles, as we have seen new generations Astra and Corsa, brand new Adam and Karl models, as well as facelifted Mokka. Currently, the Insignia is the German company’s oldest model and a new generation of the car is in the works for a market launch next year.

What we’ve got here is RM Design’s interpretation of how the 2017 Insignia could look like. We see a sleek design for the brand’s flagship model incorporating new headlights with LED daytime running lights, a new front fascia, and taillights, all inspired by the Monza concept.

The new Insignia will be a very important product for Opel, so engineers are giving their best to achieve a 440 pounds (200 kilograms) lower weight compared to the current model. Despite the diet, the car will be slightly bigger than its predecessor as reports suggest it could grow in length by up to 6 inches (15 cm) with around 3.5 inches (9 cm) longer wheelbase.

The engine lineup will consist of some new engines, including a brand new biturbo diesel unit with 160 horsepower (118 kilowatts). Base variants will likely get a tiny 1.0-liter motor, but this is still unconfirmed by the manufacturer. Hopefully, a new automatic gearbox is also planned to replace the current transmission with relatively sluggish gear changes.

We don’t have exact reveal date for the new Insignia, but some sources claim this could happen this fall during the Paris Motor Show. Sales are expected to kick off in early 2017.