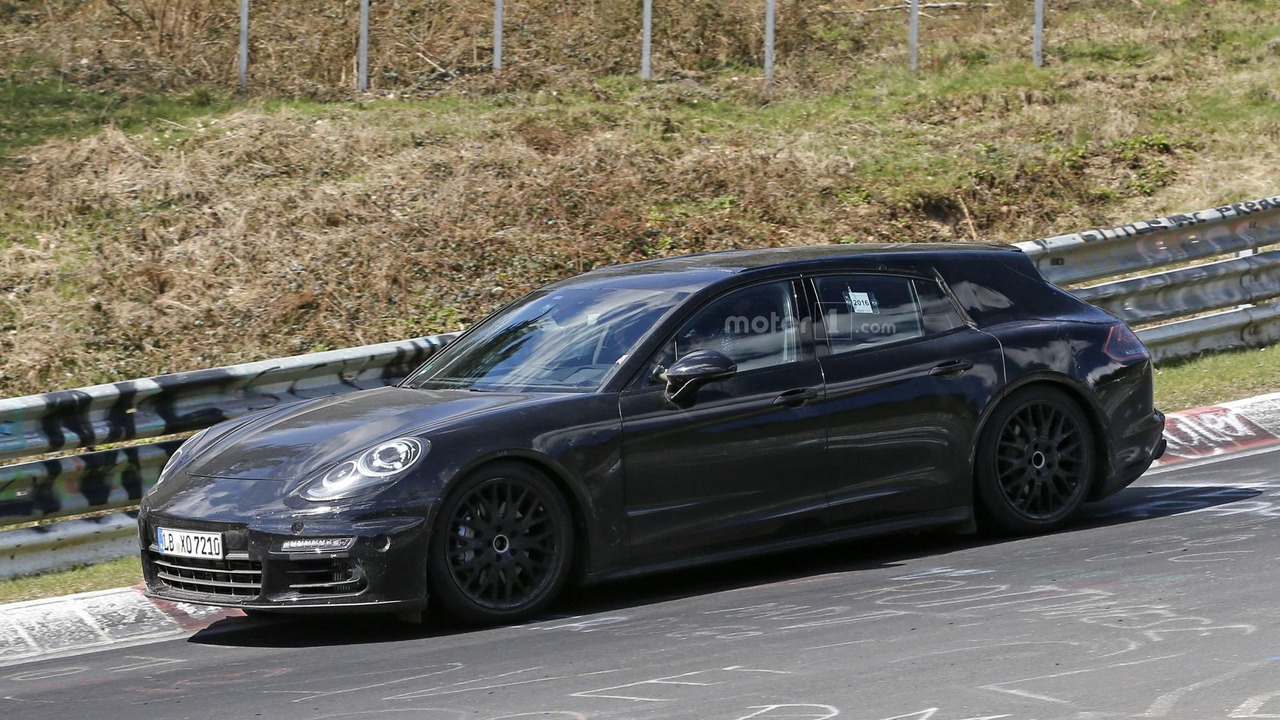 Porsche was at the Nürburgring the other day to test a Panamera Shooting Brake prototype.

The meaning of the term “shooting brake” has expanded in recent times to include models with rear doors and it is believed Porsche’s more practical Panamera could use this moniker. Some people simply call it a “wagon” while the concept from 2012 that previewed the production model was known as the Sport Turismo. Regardless of terminology, the second member of the Panamera family is shaping up to be a more than welcomed addition to the range.

Caught on camera testing at the Nürburgring, the prototype still had body-colored camouflage on the rear end to hide the real design. The disguise can’t mask the vehicle’s elongated rear end which should bring a considerable increase in the trunk’s size while keeping the design very appealing. You will notice the car also had camo on the front fenders to hide the side vents and there were also some stickers on the headlights, but even so you can see through them the four-point LED headlights.

It’s going to ride on the same MSB platform as the regular second-generation Panamera and the two are believed to use newly developed V6 and V8 engines. Some of these units could take advantage of e-turbo technology like the Audi SQ7 and the SB could go hybrid taking into account the regular 2017 Panamera has been spotted testing with two fuel caps.

Photos of the prototype’s interior are not available in this set, but it should stay very close to the standard Porsche Panamera which was seen a while ago with capacitive-touch buttons. An all-digital instrument cluster and a bigger display for the infotainment system are also on the agenda. Overall, the dashboard and center stack will be less busy compared to the outgoing Panamera’s interior which looks like an airplane’s cockpit with buttons everywhere.

The regular second-generation Panamera is set to debut in October at the Paris Motor Show, so the so-called “Shooting Brake” will probably be out in the second half of 2017.