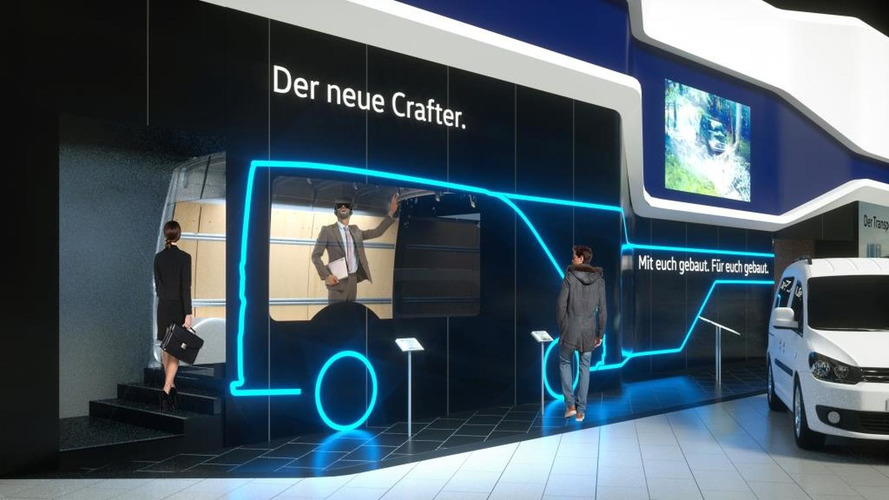 Volkswagen Commercial Vehicles has found a new way to tease an upcoming product, through virtual reality.

Set to debut later this year, the all-new 2017 Crafter is being previewed these days at the BAUMA show in Munich, Germany. The world trade fair for the construction equipment industry is held once every three years and for this year’s edition Volkswagen Commercial Vehicles has installed a virtual reality display to offer a first glimpse of the new Crafter. Visitors attending the show will have to use virtual reality glasses to check out the versatility provided by the 2017 Crafter’s cargo space.

Technical specifications are not available at this point, but VW does say it will feature a solid wood loading floor and special adapters cut out of the floor covering. It’s going to be compatible with a variety of racking and storage systems and will have a versatile roof enabling easy installation and removal without requiring any drilling or gluing.

It’s worth mentioning the outgoing Crafter is made at the Ludwigsfelde and Düsseldorf factories in Germany by Mercedes where the Sprinter is assembled. That will change with the next generation which will be built by VW at the new Wrzesnia plant in Poland.

Former Volkswagen of America president, Michael Horn, announced early last year the new Crafter or the Caddy van could make it stateside, but we still don’t know whether one of them will actually come to the U.S.