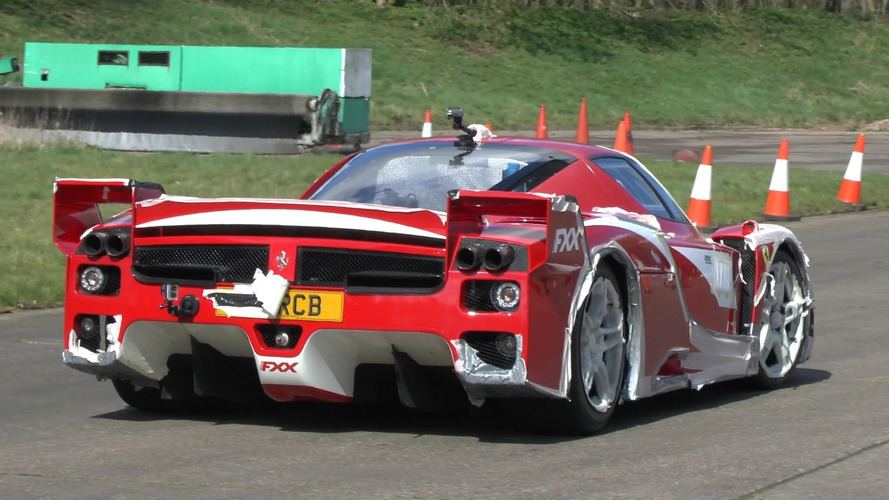 One of only 30 copies produced shows F1 genes.

Seeing a Ferrari FXX is a truly rare sight, so we can only imagine how it feels to watch this beast reaching 200 miles per hour (322 kilometers per hour) on a track.

That’s exactly what happened during the VMax Stealth event this past weekend when a red road-legal FXX stretched its legs hitting 200 mph (322 km/h) on an old military airport. Through the attached video you can easily hear the vehicle’s 6.3-liter naturally aspirated engine revving up to 8,500 rpm, when the maximum power of 820 horsepower (603 kilowatts) is reached. As mentioned by the uploader, the insane sound of the car could be heard literally from miles away and we can only add that it’s as good as a screaming Formula 1 car.

For those who don’t have fresh memories on the FXX, we will just point out a few facts. It’s based on the Enzo but features a larger engine, mated to a gearbox that incorporates developments from Ferrari’s Formula 1 program of that time. Custom-developed 19-inch tires are hiding an upgraded brake system with carbon fiber-reinforced silicon carbide ceramic composite discs.

Ferrari produced only 30 units of the FXX, so it comes as no surprise the example seen in the video is covered in tape to protect it from scratches and stone chips. In fact, the FXX is more than just a car, as it is a part of a whole program developed by Ferrari. Owners of the vehicle are allowed to drive it only on special track events, approved by the Italian manufacturer.