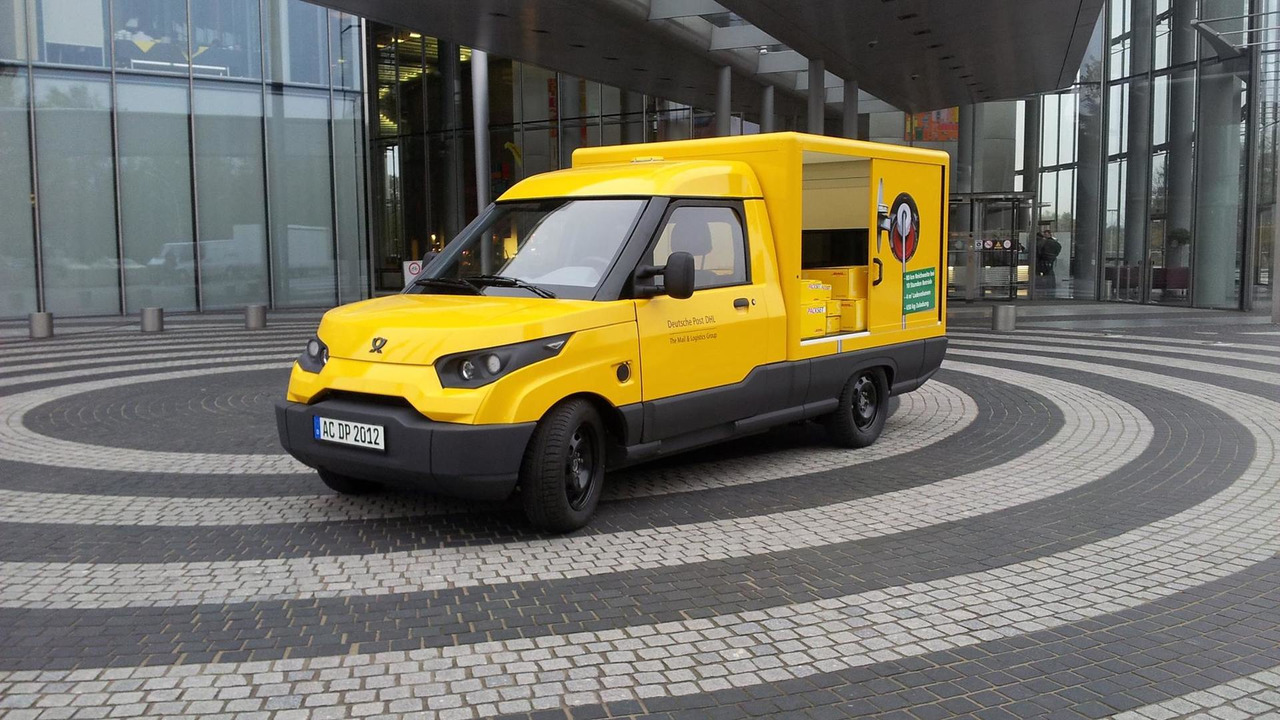 Deutsche Post has announced plans to replace its current fleet with this, the Streetscooter pure electric delivery van.

About four years ago, Germany's postal service, Deutsche Post, introduced prototypes of electric vans built by a startup called “StreetScooter.” Two years later, Deutsche Post bought the company outright and now it’s getting ready to initiate series production of the EV. The plan is to make 2,000 units of the Streetscooter this year and these will replace the existing delivery vans, with the ultimate goal being to replace all 30,000 vans operated by Germany's postal service.

Interestingly, Deutsche Post has expressed its interest to market the Streetscooter as a response to enquiries from other companies willing to buy the zero-emissions van. However, that won’t happen in the near future as initially the entire production capacity will be used to replace DP’s current fleet of ICE-powered vans.

We checked Streetscooter’s websites and managed to find out the van is powered by an electric motor developing 40 horsepower (30 kilowatts) and is able to reach an electronically-limited top speed of 50 mph (80 kph). Depending on load and driver behavior, the front-wheel-drive electric van will cover 31 to 50 miles (50 to 80 kilometers) thanks to a 20.4-kWh lithium-ion battery pack. Once the van is out of juice, a recharge to an 80% level will take four and a half hours while a full recharge is going to require seven hours.

Needless to say, the Streetscooter is far from being the only electric van out there, with other relevant examples being the Nissan e-NV200 and the Renault Kangoo Z.E.