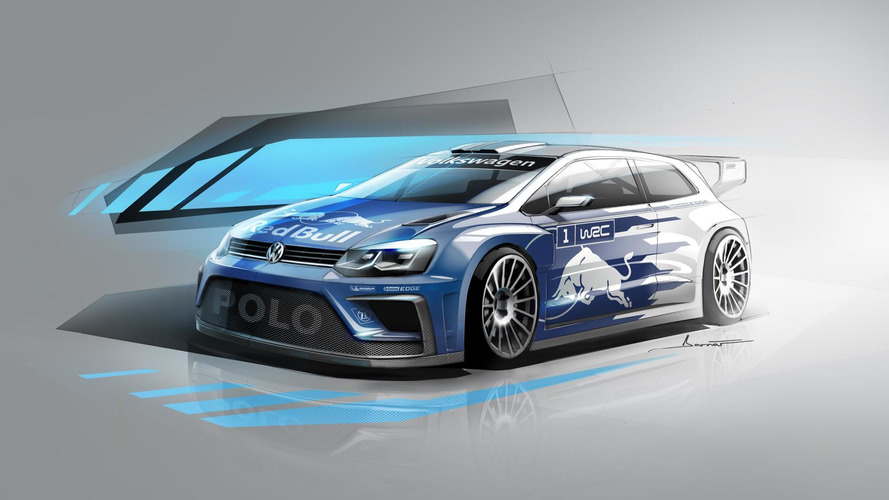 Volkswagen Motorsport is providing a first glimpse of the 2017 Polo R WRC set to feature a plethora of changes compared to the 2016-spec car.

Developed to comply with the 2017 FIA World Rally Championship regulations, the next iteration of Volkswagen Motorsport’s WRC fighter will be approximately 50 millimeters (1.96 inches) wider than the current version and will shave off 55 pounds (25 kilograms). In addition, an increase in output of 60 horsepower (45 kilowatts) to 380 hp (280 kW) is also planned by widening the air restrictor from 33 mm to 36 mm.

The car has been in development since the summer of 2015 and will get an electronic center differential for the power transmission. Moreover, the attached official teaser sketch shows Volkswagen Motorsport has thoroughly modified the body which now features a more prominent front spoiler along with a larger rear wing.

The 2017 Polo R WRC will have a minimum length of 153.5 inches (3.9 meters) and will weigh a minimum of 2,590 pounds (1,175 kilograms). Many of the new components have already been tested in the current chassis and the 2017-spec car is currently undergoing the final phase of development.

Volkswagen Motorsport mentions the Polo R WRC’s appearance will change significantly by the start of the next World Rally Championship season set to take place at the famous Rally Monte Carlo in January 2017.

Meanwhile, the current Polo R WRC is heading to the fourth round of the 2016 championship slated for April 21-24 during the Rally Argentina.