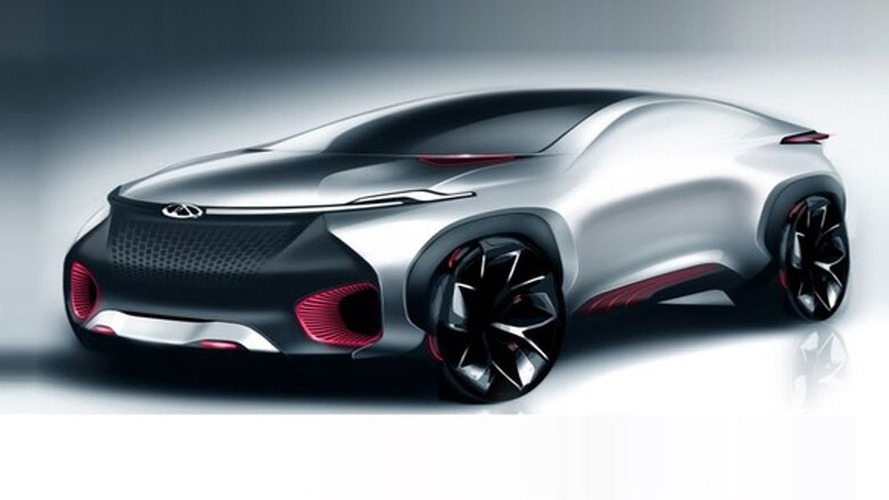 JAC and Chery have released several teaser images of new concepts bound to show up in Beijing later this month.

We’ll start with the more interesting of the two, the Chery FV2030. It takes the shape of a coupe and dare we say looks rather interesting. As it’s the case with these teasers, the real deal probably won’t look as intriguing as this, but nevertheless from what we are seeing so far, it’s promising.

At least we can say that it’s not another case of copy & paste from a Chinese automaker and according to Chery it will have four doors, even though these images show the concept without a way to get inside.

It can be best described as one of those crossover coupes, but without the jacked up suspension. Big alloy wheels, plastic cladding on the wheel arches, and a powerful front fascia make it stand out. Technical details are scarce at the moment, but at least we know it’s an electric concept and it has an energy recuperation system built into the wheels. Chery mentions it has a holographic display inside the cabin that projects 3D images showing a variety of information.

The other concept is considerably more down to earth, as it should since it will spawn a production version in 2017. Developed by JAC, the “SC5” serves as a sneak preview for a midsize SUV and appears to have LED and sends a bit of a Lexus vibe. This is more evident in the front fascia where there’s a massive grille similar to Lexus’ spindle grille.

The JAC SC5 is believed to have a hybrid powertrain, but the production version is set to get turbocharged 1.5- and 2.0-liter engines with up to 200 horsepower (149 kilowatts).

We will have all the details and images of the two on April 25 when the FV2030 and SC5 will debut at the Beijing Motor Show (Auto China 2016).