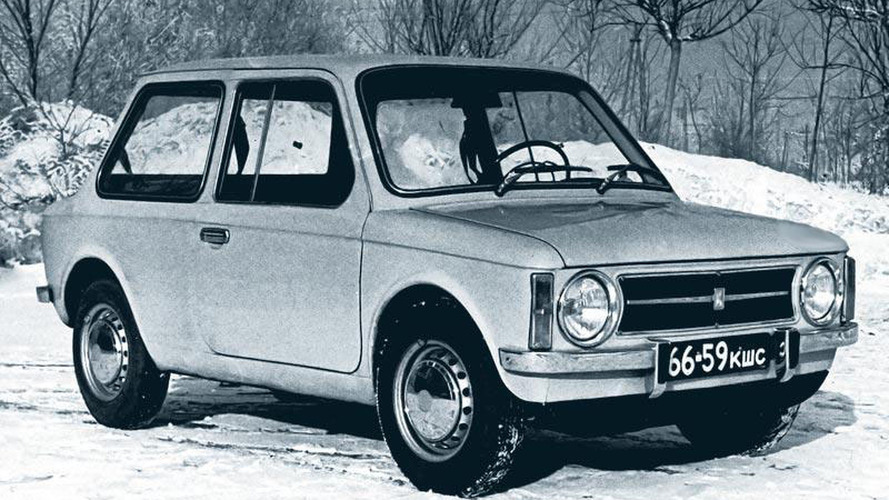 It’s Friday which means it’s time for a Soviet car that’s interesting for some reason. Today we will be talking about the Lada 1101 project that never actually reached the production lines. It is considered as the predecessor of the Lada Samara and was developed in several different versions.

We don’t have an exact number of how many prototypes of the 1101 were ever made, be we believe there were no more than five copies from the first series. In mid-1970s the Russian company released an improved version of the vehicle that also remained in purely conceptual form.

Power was provided by a 0.9-liter petrol engine with 55 horsepower (40 kilowatts), delivered to the front wheels through a manual gearbox. The steering system was taken from ZAZ, while the front suspension was using MacPherson strut architecture.

Well, what’s so special about a small three-door hatchback that never reached production? Basically, the 1101 is the first major project for a front-wheel drive vehicle in Soviet Russia.

It all started in early 1970s when VAZ wanted to create a brand new product for both its local market and Western European export markets. They started working on the new project and shortly after the first 1101, also called the Cheburashka, was designed. At first, it used a miniature body with two small doors and several components, taken from other production vehicles of Lada, such as the wheels, headlights, and taillights.

In 1973 the second edition of the 1101 prototype was ready, featuring a far more refined design. Engineers of the company paid careful attention to the Renault 9, Volkswagen Golf, Ford Escort, Opel Kadett, and Volvo 340, which were considered as the main rivals for the new model. Our first thoughts when we see the 1973 1101 are that it is heavily inspired by the Honda N600 and the shape of the radiator grille only comes to support this.

Nearly ten years later, the project evolved to what we know as the Lada Samara these days. You can easily see some of the ideas were carried over from the first prototypes, but the connection between the production car and the concepts is not that strong.