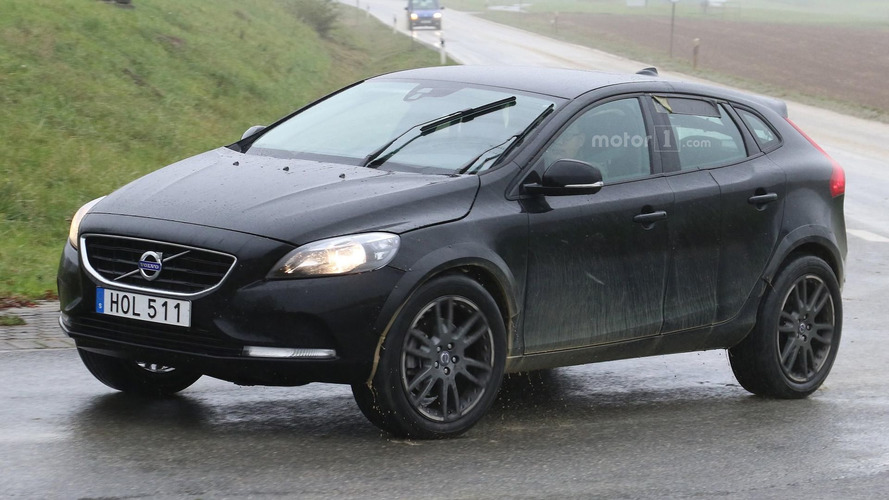 Our spies have caught on camera a test mule of the Volvo XC40.

To be brutally honest, this XC40 test mule dressed up like a pre-facelift V40 on stilts doesn’t look half bad, but obviously we know the real deal won’t look anything like this. The wheel arch extensions indicate Volvo’s smallest crossover will have wider tracks compared to the current V40 hatchback which will be replaced by an all-new model in the years to come.

Both the V40 and the XC40 will ride on Volvo’s brand new Compact Modular Architecture (CMA) which will put to good use some of the components engineered for larger SPA-based models like the XC90, S90, and V90. The new CMA products from Volvo will be offered with four-cylinder engines topped by a T5 Twin Engine variant in the same vein as the T8 Twin Engine for SPA cars.

We also now Volvo’s engineers are developing an array of three-cylinder engines, so expect these units to power the lesser variants of the brand’s compact models. It should be mentioned the Geely-owned marque hasn’t ruled out the possibility of putting a three-banger in the S90, but that’s a story for another time.

Volvo previously announced the first CMA model will be introduced in 2017 and most likely it was referring to the V40, a model which recently received a very subtle facelift. It will probably be shortly followed by the S40 and the XC40, with all three already confirmed for United States. There are also talks of a long-wheelbase V40 and even a C40 coupe, but these haven’t received the green light so far.

The XC40 and all the other CMA-based products will be built by Volvo in Ghent, Belgium and these could also be assembled in China at one of Geely’s factories.