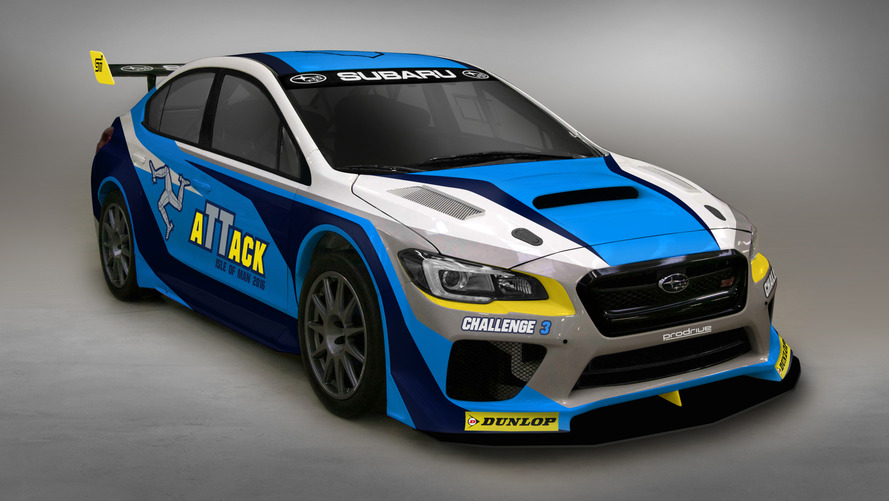 Subaru and Prodrive have joined forces for a special WRX STI that will attempt to take down the Isle of Man TT record.

Subaru and Prodrive have joined forces for a special WRX STI that will attempt to take down the Isle of Man TT record.

The man in charge of trying to set a new record is none other than British rally champion Mark Higgins, who is actually the current record holder. He completed the 37-mile course in 19 minutes and 15 seconds back in 2014 with a 2015 WRX STI in U.S. specification and now he’s getting ready to improve his record with a purpose-built car prepared by UK-based Prodrive.

Compared to the road-going WRX STI, the special version has gone through an extensive diet after Subaru Technica International (STI) and Prodrive stripped out the interior cabin where there’s now a roll cage. The body has also been the subject of a few upgrades, as it now comes with an aerodynamic kit highlighted by a massive rear wing.

Subaru and Prodrive had a lucrative collaboration in the rally world from 1990 up until 2008, so seeing the two come together once again on a project is definitely worthy of our attention. And if there’s one man for the job to take down the Isle of Man TT record, that’s certainly Mark Higgins.

This year’s edition of the Isle of Man TT event is scheduled to take place between May 28 and June 10. Don’t be too surprised if Higgins will be able to dip below the 19-minute mark taking into account the car appears to have more upgrades compared to the aforementioned 2015MY WRX STI.