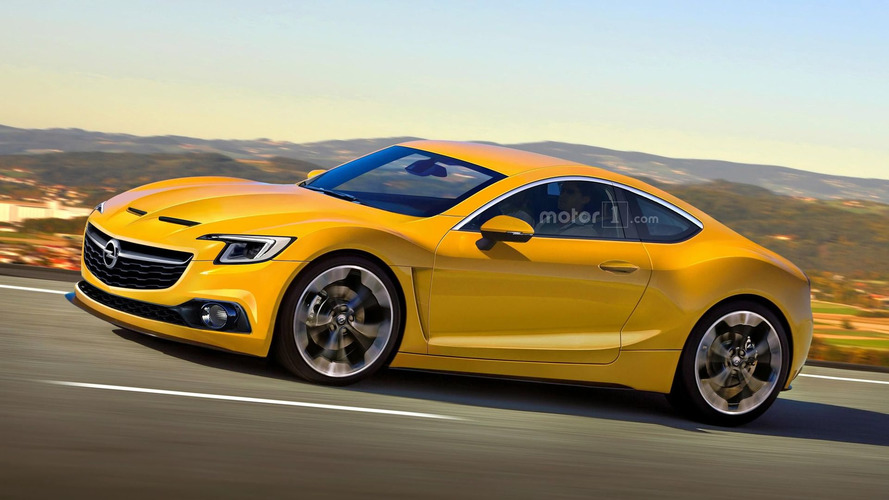 We render a hypothetical production version of Opel’s GT concept that showed up in Geneva last month.

Shortly after coming out with the concept, Opel declared we shouldn’t hold our breath for a production version. That being said, a couple of weeks ago we heard company boss Karl-Thomas Neumann hinting that it could happen at some point in the future. If it will, the sports car will not have a purpose-built rear-wheel drive layout, simply because Opel doesn’t have a RWD platform. Instead, the model will use an adaptation of the all-wheel drive hardware found in the Mokka X.

However, don’t get your hopes up too high as Opel’s engineers would also have to find a suitable gearbox with a compact size capable of channeling drive from an inline-mounted engine to a rear diff derived from the Mokka X.

There’s also the matter of building a viable business case for the model, which could prove to be quite tricky to accomplish taking into account the targeted market is not exactly substantial.

We decided to render a hypothetical production version of the concept by toning down the design, adding conventional door handles and mirrors, and also removing those red accents. The car also gets a regular roof and side windows, along with a more down-to-earth front fascia that would be more appropriate for a road-going car.

With Karl-Thomas Neumann saying “there are possibilities” to make it happen, let’s hope for the best. It should be mentioned that even if green-lighted, it won’t come in the near future since there are more important models on the agenda. Needless to say, the next-gen Insignia due later this year is top priority for the Rüsselsheim-based marque, and we already know next year it will launch a second-gen Ampera (rebadged 2016 Volt) and Ampera-e (rebadged 2017 Bolt). These are only three out of a total of 29 cars planned by Opel until the end of the decade.

Will the GT be one? Only time will tell.