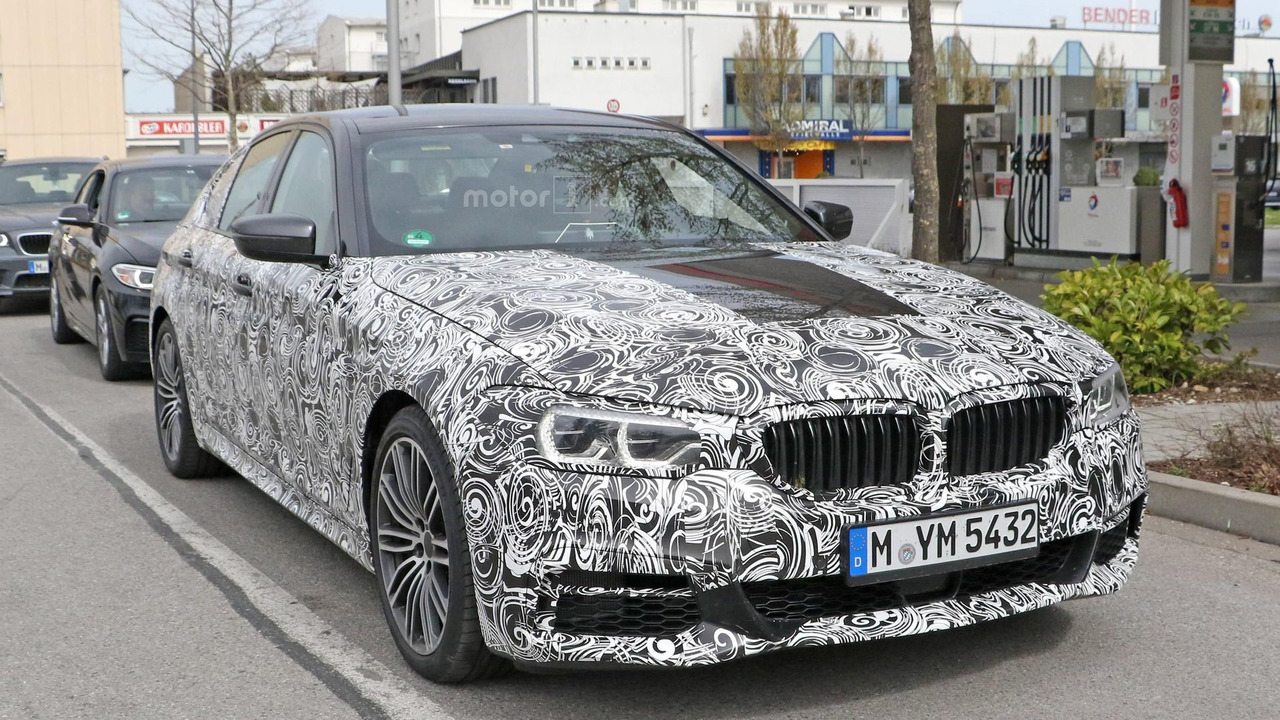 After a few batches of spy shots with the M5 and the 5 Series Touring, now time has come to take a look at the sedan captured on camera in standard specification and also with the optional M Sport package. We’ll focus on the latter since it’s more of a rare sight. Even though it wears a significant amount of camouflage, it’s still easy to notice the beefier body with muscular front and rear bumpers, wider side sills, and blue brake calipers hiding behind those 19-inch M lightweight alloy wheels.

The vents of the front bumper are certainly bigger compared to the ones of the regular 2017 5 Series prototype, while the rear bumper is home to angular dual exhaust tips. Overall, the proportions of the car seem to be better compared to the outgoing model and this will be more obvious once the camouflage will come off.

Our agile spy photographers were also able to grab a couple of shots of the interior. The red emergency button is a clear indication we are dealing with a prototype, and you can see the iDrive resembles the one fitted to the larger BMW 7 Series. The three-spoke steering wheel with an M logo and an aluminum trim looks quite nice and you also observe the dials of the instrument cluster have been tweaked. The center stack remains partially hidden, but even so you can see that it’s derived from the 7 with a few differentiations.

While the exterior and interior will be evolutionary, the underpinnings will change significantly. That’s because Bavaria’s new midsize player will make the switch to the CLAR platform that debuted last year on BMW’s flagship model. Reports are indicating this could bring a healthy weight loss of up to 220 pounds (100 kilograms) which will pay dividends in terms of performance and fuel efficiency.

A selection of turbocharged four- and six-cylinder gasoline and diesel engines will be on offer and we expect some of these units to be revised. The range-topping M5 will use an evolution of the 4.4-liter V8 said to deliver up to 626 horsepower. Rear-wheel drive is going to be standard, but don’t be too surprised if BMW’s E63 rival will be offered with optional xDrive.

BMW is set to unveil the 5 Series Sedan (G30) in October at the Paris Motor Show, with the 5 Series Touring (G31) likely due at the beginning of 2017. There is also going to be a new 5 Series Gran Turismo scheduled to arrive likely in the second half of next year.