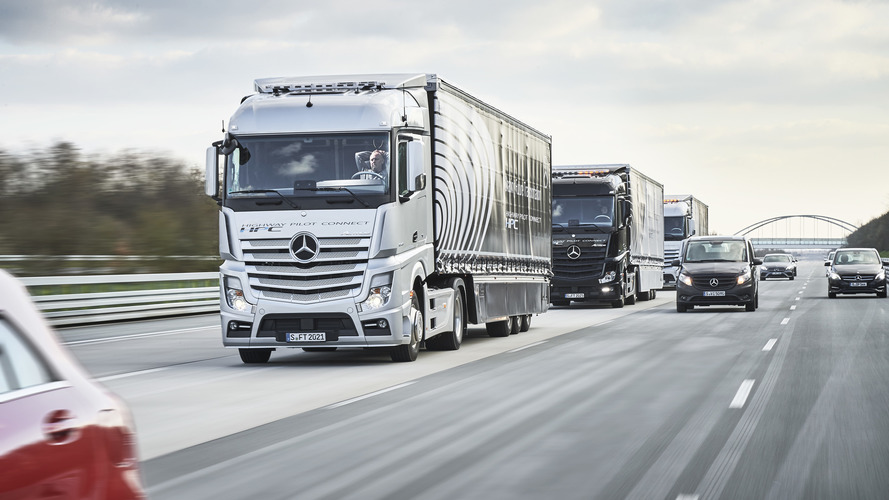 Lower fuel consumption and CO2 emissions thanks to platooning.

Three autonomous Mercedes-Benz Actros trucks are travelling the distance from southwest Germany to the South Holland region in the Netherlands.

Currently, Daimler’s Mercedes is one of the leaders in the autonomous technologies and the German company is now part of the European Truck Platooning Challenge 2016 initiative. Started by the Netherlands government, the tour involves various brands of automated trucks to take trips driving in columns on public roads from several European cities to the country.

The journey Mercedes took features three autonomous Actros trucks that will travel from Stuttgart over Heilbronn on the A61 and A67 highways across the federal states Baden-Württemberg, Rheineland-Palatinate, and North Rhine-Westphalia in Germany. The final point is the city of Rotterdam in the Netherlands.

“Driving in a convoy is one of numerous examples to raise the performance of goods transport extensively with connected trucks,” commented Dr. Wolfgang Bernhard, a member of the Board of Management of Daimler AG, in Stuttgart. “Today already 365 000 commercial vehicles of Daimler are connected. We are consequently pushing this development.”

Mercedes-Benz Trucks is using the so-called V2V (vehicle-to-vehicle) networking technology that allows electronic docking by vehicles on motorways and long-distance highways, also known as platooning. Vehicles in a platoon require a distance of only around 590 inches (15 meters) between them and this considerably small distance provides a significant reduction in aerodynamic drag. The German manufacturer says in convoy the three trucks can achieve a fuel saving of up to ten percent.