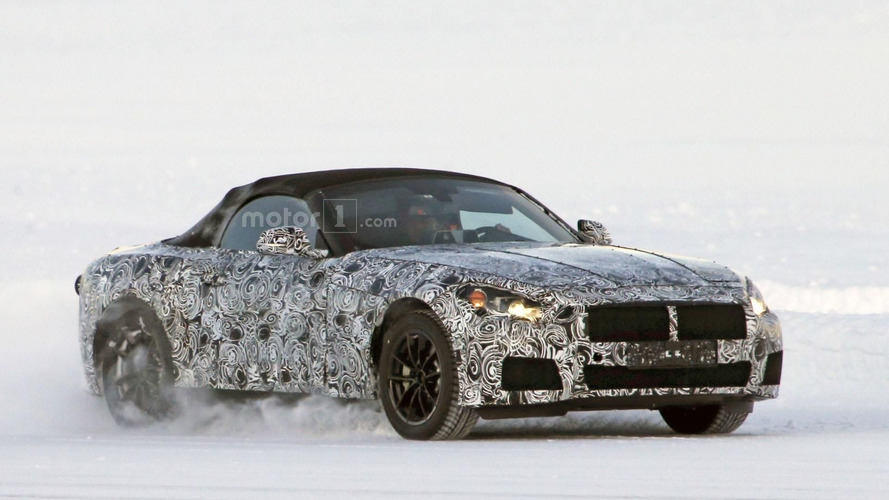 The highly-anticipated BMW Z5 has been spied undergoing testing on a frozen lake in Sweden.

Dressed in heavy camouflage, the model has classic roadster proportions as it features a long hood and a relatively short trunk with an integrated rear spoiler.  Additional styling details are hard to make out but the prototype has a wide grille, a rakish windscreen, and what appears to be a dual exhaust system.

More importantly, the Z5 will eschew a retractable hardtop for a more conventional canvas roof.  This change should enable the car to have a lower center of gravity as well as a lighter curb weight.

BMW has been tight-lipped about the model but it is being jointly-developed with Toyota.  The companies will each build a sports car based on the same platform and both automakers have said the resulting models will have unique styling inside and out.

Toyota's sports car is expected to have a hybridized powertrain, while the Z5 is slated to have an assortment four turbocharged four- and six-cylinder engines.  There have also been rumors about a high-performance M variant which could produce up to 425 horsepower.