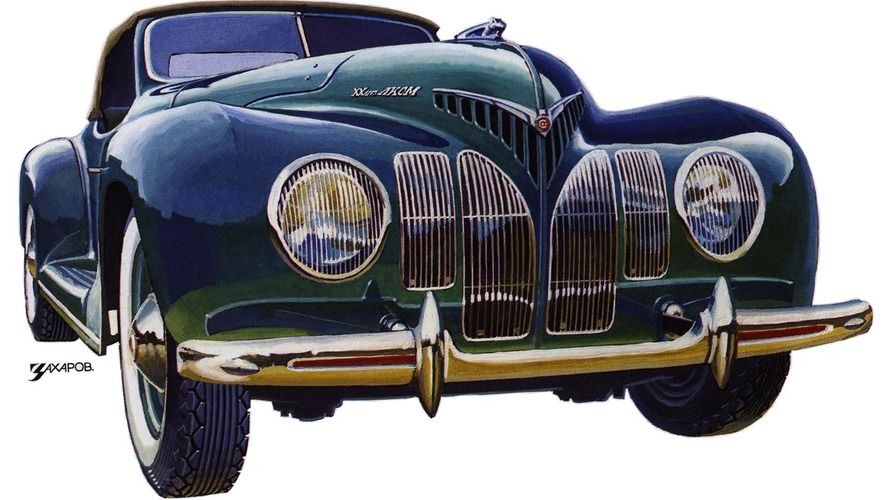 Today we bring you probably the best-looking Soviet car of all time – the ZIS 101-Sport. It is based on the equally good-looking ZIS-101 limousine, produced by the Moscow manufacturer from 1936 to 1941.

The two-seat 101-Sport was designed in 1939 as a sports version of the luxury 101 and was actually very well received. However, only one or two copies were ever produced, which makes it more of a prototype model, rather than a production car.

The 101-Sport sourced its engine from the limousine – an inline eight-cylinder petrol unit, retuned to deliver 141 horsepower (105 kilowatts) – 31 hp more than the standard version. It was mated to a three-speed manual gearbox, sending power to the rear wheels. This setup provided a claimed maximum speed of 101 miles per hour (162 kilometers per hour).

Well, there’s actually only one weird thing about that car – it never reached the mass production it deserved. It has a beautiful, modernistic body with super long engine hood that covers the inline eight-cylinder motor. Add massive muscular fenders, short rear and front overhangs, and a retractable fabric roof and you get a vehicle that stands out from the sea of boring and enormously large Russian vehicles of that time.

Saying big, the 101-Sport was actually pretty huge too. Just think for a moment – it was 226 inches (5.75 meters) long, 74 inches (1.89 meters) wide with 142 inches (3.6 meters) wheelbase. A quick comparison with a modern vehicle, the 2016 BMW 7-Series Long, for example, shows the Bavarian machine is shorter and, naturally, significantly lighter.

There’s one more special thing about the 101-Sport – it was designed and produced to celebrate the 20th anniversary of the so-called Konsomol, a political youth organization in the Soviet Union described as the youth division of the Communist Party. The project was approved personally by Stalin, but, sadly, shortly after the celebration it was abandoned.