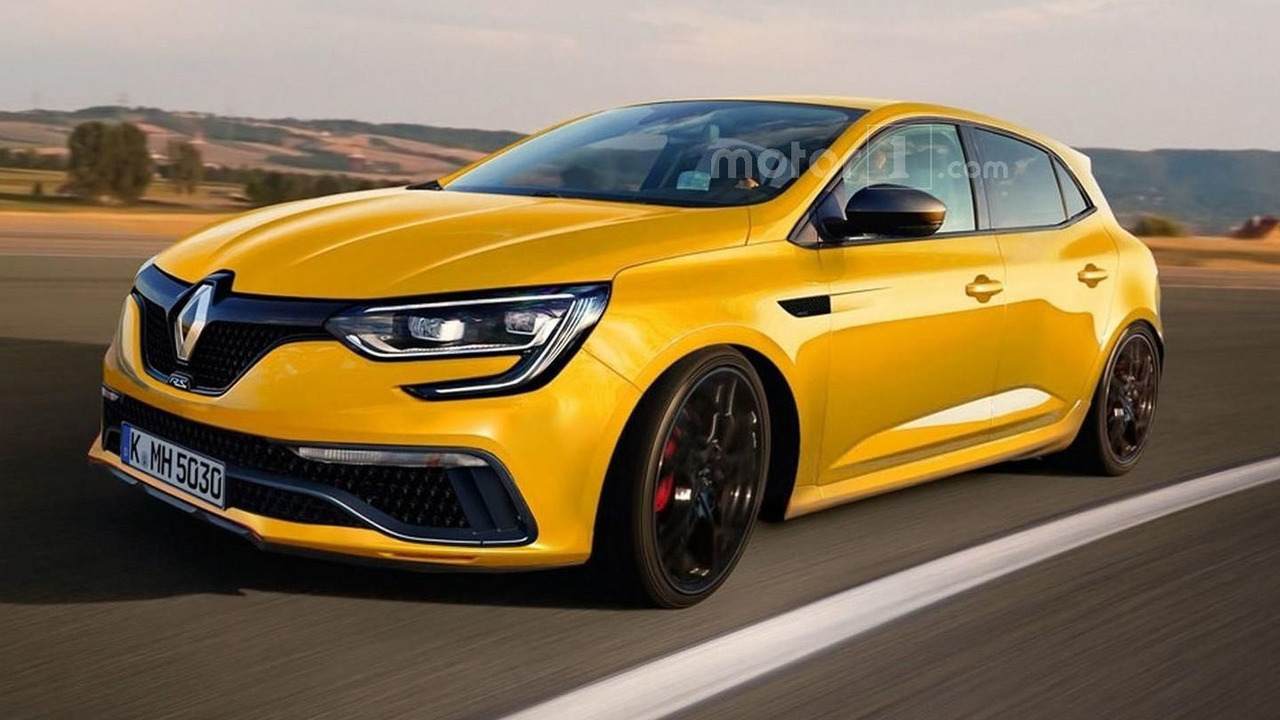 Renaultsport insider has shed some light regarding the flagship 2018 Megane RS.

Designed and engineered from the ground up, the fourth-generation Megane is definitely a major improvement compared to the previous and rather boring model. The warm 202-hp Megane GT available from day one is pretty sweet and it even has four-wheel steering. For those patiently waiting for the mighty RS, a source within Renaultsport has released some preliminary yet unconfirmed details.

First and foremost, the 2018 Megane RS is expected to be available exclusively with a five-door layout, unlike the still-on-sale model that comes only as a coupe. Renault has already confirmed it will be more powerful than the outgoing 275-hp Megane RS, and now the new report indicates it will have in excess of 300 hp to keep up with the Ford Focus RS.

The Blue Oval’s hot hatch has made the switch to an all-wheel drive system and it seems Renault will also eschew the FWD layout in favor of an AWD setup. The upgraded turbocharged 2.0-liter engine is expected to be offered with both a standard six-speed manual transmission and an optional dual-clutch EDC ‘box to please everyone.

Development of the all-new Megane RS kicked off when Renault started engineering the regular model, so the company has been working on the car for several years. It’s unclear at this point when it will be launched, but it’s unlikely to come out sooner than the second half of 2017. We are making this assumption based on the fact the French have previously announced the current Megane RS Coupe will soldier on until the end of 2016.

It’s too soon to talk about pricing, but the report mentions the Renault Megane RS will cost around £30,000 in United Kingdom. If that turns out to be true, it will be substantially more expensive than the current Megane Renault Sport 275 UK Spec that begins at £25,935 OTR.

Note: Our own speculative render pictured.