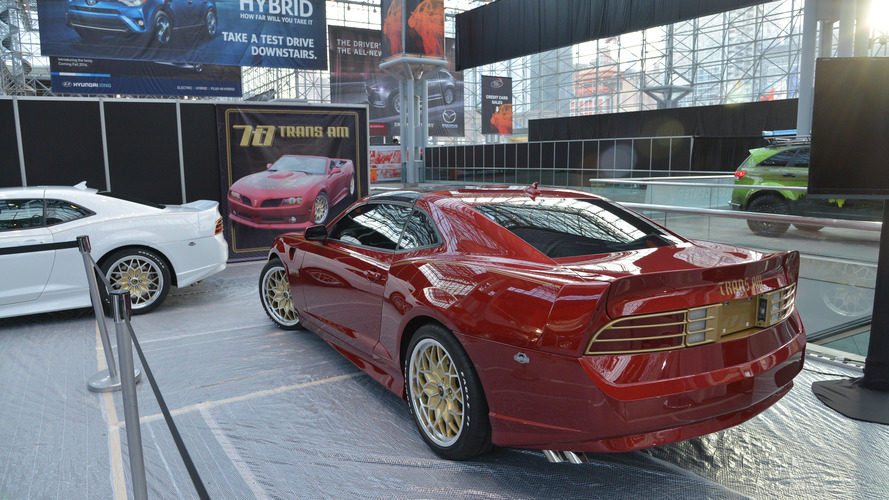 Trans Am Depot is launching a Bandit Edition based on a Camaro.

Even though “Smokey and the Bandit” came out almost 40 years ago, the black and gold Pontiac Firebird Trans Am featured in the movie still sparks a lot of interest. Trans Am Depot is ready to capitalize on the car’s popularity with a Chevy Camaro-based special edition endorsed by none other than Burt Reynolds.

Only 77 units will be made as a connection to the year when the movie came out. All of the cars are going to feature a t-top roof and other visual tweaks to mimic the ’77 Trans Am. These include a screaming chicken on the hood, big shaker scoop, Trans Am-inspired front and rear fascias, along with Bandit decals on the center console lid and on the front headrests. As a final touch, Burt Reynolds' signature can be found on the dashboard to complete the look.

The Camaro Trans Am Bandit Edition packs plenty of punch thanks to a modified 7.4-liter V8 engine equipped with a 2.9-liter supercharger granting no less than 840 horsepower.

Pricing kicks off at approximately $115,000 (including donor car) for this Chevy Camaro dressed up like a Trans Am. Despite the hefty price tag, we won’t be too surprised if all the 77 units will be sold in a short amount of time, taking into account the special car is backed by Burt Reynolds himself.