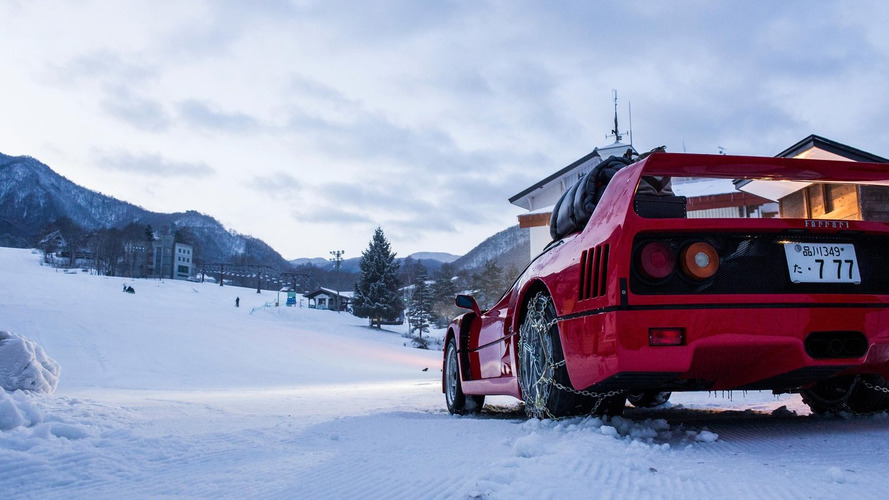 Red Bull Japan has released a new viral video which shows a Ferrari F40 driving up a ski slope.

Called "Snow Camp," the clip shows a Red Bull-infused driver enjoying a slightly unusual day on the slopes as he trades his skis for a bright red F40 which has been equipped with snow chains and auxiliary lighting units.  The end result is a pure delight as the iconic model climbs the slopes with relative ease before arriving at a bonfire.

Red Bull didn't have much to say about the video but the F40 went into production in 1987 to celebrate the company's 40th anniversary.  Designed by Pininfarina, the model featured a wedge-shaped design and a biturbo 2.9-liter V8 engine that developed 478 horsepower and 424 pound-feet of torque.  The engine was connected to a five-speed manual transmission which enabled the car to accelerate from 0-62 miles per hour in 4.1 seconds before hitting a top speed of 201 mph.