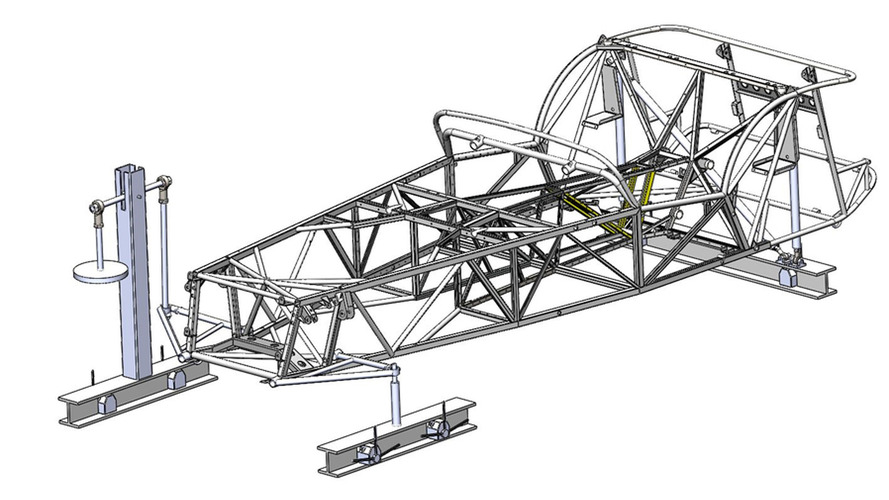 Caterham Cars has joined forces with bicycle tube manufacturer Reynolds Technology and Computer Aided Engineering (CAE) consultancy company Simpact to make the Seven’s chassis even lighter. The trio has managed to build the first car chassis that uses butted tubing technology derived from bicycle production and this has successfully shaved off more than 10% of weight.

Reynolds Technology was in charge of providing the technology for this new ambitious project and the experts also developed the necessary tooling and processes. It was Simpact Engineering’s responsibility to conduct the virtual analysis and perform a series of tests to obtain the necessary information allowing Caterham to build the first prototype.

It was back in 1897 when Reynolds patented the process for making butted tubes which are thicker at the ends compared to the center. This means the frames can be strong and lightweight at the same time and for the Caterham Seven the engineers used low-cost mild steel instead of the more expensive alloys. On some parts, this has enabled mass reductions of up to 50% without affecting the chassis’ torsional stiffness or strength.

Caterham says it will continue to develop the existing prototype vehicle and will consider launching a production variant in the future. The British sports car manufacturer mentions it will cost between £1,000 and £2,000 more than a regular Seven and will be available as an option. According to the company’s estimations, approximately a fifth of buyers will pay extra to have the ultra-lightweight chassis.