2017 Porsche Panamera flexes its muscles on the 'Ring [video] 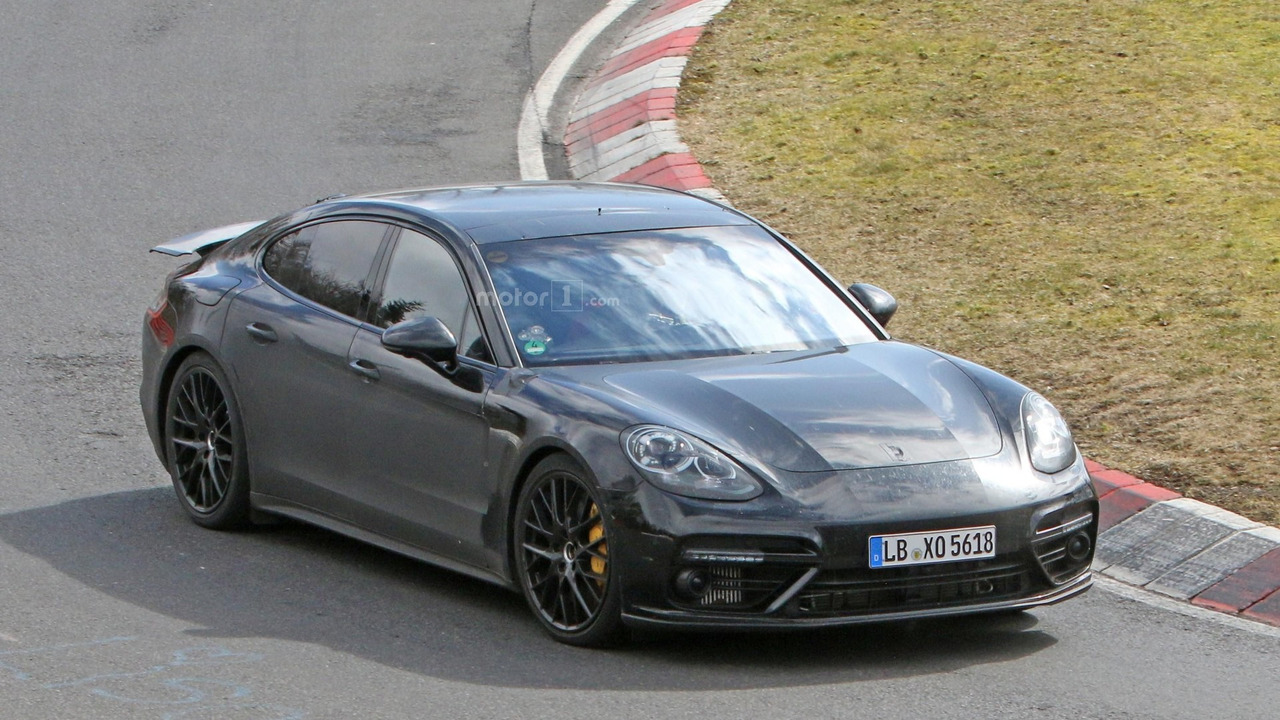 New spy images and video with the 2017 Panamera during final testing.

It appears to be the same prototype caught on camera just last week while tackling the ‘Ring and it seems we are dealing with the Turbo variant. The shape of the quad exhaust tips along with the large brakes indicate it’s the Turbo and as you can see the prototype was being put through its paces by the Porsche test driver.

The wait is almost over as the second-generation Panamera will probably unveiled in the months to come and will go on sale before the year’s end. As you can clearly see, it will adopt an evolutionary design and the most significant changes will occur at the back which has gone through some changes and it doesn’t as bulky.

The prototype was pretty much undisguised, albeit with some stickers on the headlights trying to hide the four-point LED arrangement. It’s the same story at the back where the taillights remain hidden under foils as a move to cover the real design. Although we don’t have pics of the interior cabin in this set, in some of the images you can see the prototype had a roll cage and the dashboard was hidden under a cover. Previous spy shots have revealed an all-digital instrument cluster and reworked switchgear with capacitive-touch buttons.

Riding on the MSB platform, the 2017 Porsche Panamera is expected to shave off up to 200 pounds (91 kilograms). The outgoing Turbo weighs a rather hefty 4,343 pounds (1,970 kilograms), so a diet is more than welcomed to improve performance and make it more agile around the corners.

In terms of power, there are rumors indicating Porsche has teamed up with Audi for a new family of V6 and V8 units, but we are still waiting for a confirmation from Stuttgart. The Turbo on sale today uses a 4.8-liter V8 engine with 520 horsepower (382 kilowatts) and 517 pound-feet (700 newton meters) in the standard variant and an additional 50 hp (37 kW) and 37 lb-ft (50 Nm) in the Turbo S.

A weight loss corroborated with more power is expected to bring a significant bump in performance compared to the 2016 Panamera Turbo S with Sport Chrono Package. This one runs the 0-62 mph (0-100 kph) sprint in 3.8 seconds and can hit a top speed of almost 193 mph (310 kph).

Porsche is probably gearing up for a public debut at the beginning of October during the 2016 Paris Motor Show.

Gallery: 2017 Porsche Panamera flexes its muscles on the 'Ring