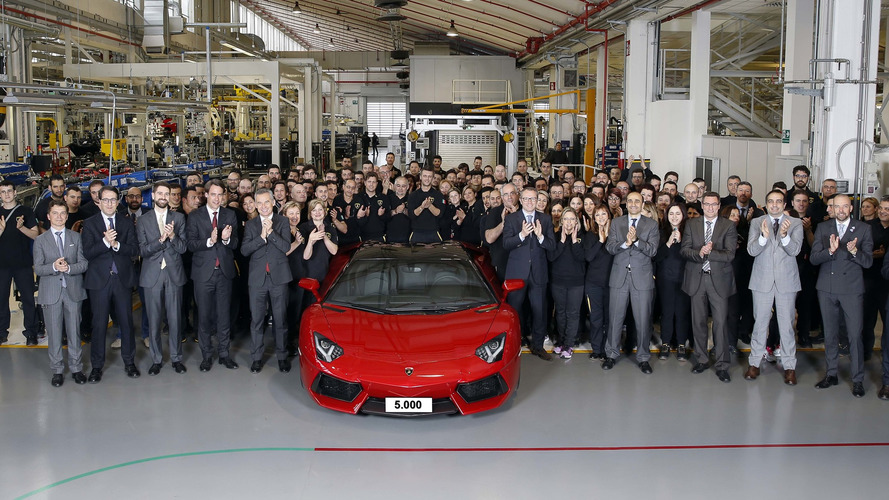 Lamborghini has assembled 5,000 Aventadors in only 55 months.

Earlier this week, Lamborghini achieved an important production milestone after finishing assembly of the 5,000th Aventador. The company from Sant’Agata Bolognese needed just 55 months for this achievement and the celebratory car is a Roadster version painted in Rosso Bia destined for the Italian market.

We remind you the Aventador has served as the basis for several ultra-exclusive models with exorbitant price tags, including the $3.8 million Veneno ($4.5M for Roadster) and the more recent $1.9M Centenario. Lamborghini managed to sell the entire allocated production run before actually unveiling these cars to the general public. The same thing happened with the one-off Aventador J Speedster revealed back in 2012 with a sticker price exceeding $2.2 million.

Besides these extravagant models, Lamborghini also launched a handful of special editions, including the Anniversario in both coupe and roadster flavors

Don’t hold your breath for a rear-wheel-drive Aventador as Lamborghini said towards the end of last year that’s not going to happen. R&D director, Maurizio Reggiani, said the Aventador will remain strictly AWD because only an all-wheel drive system can cope with the power generated by the mighty V12.

Lamborghini’s flagship model is expected to receive a facelift and at least one more special edition in the years to come, so the final production number will be considerably higher. It’s important to mention the Aventador has already surpassed its predecessor in terms of units assembled, with the Murcielago being retired after 4,099 units and nine years.