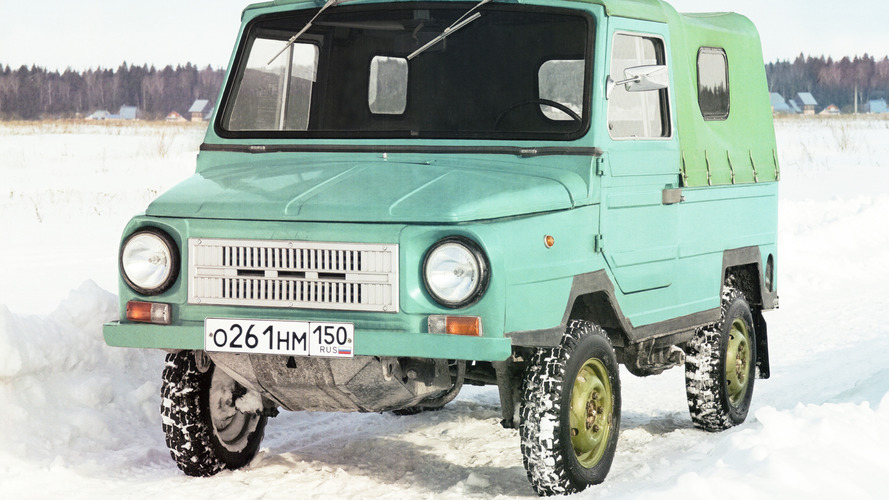 The 969 is an all-wheel drive vehicle constructed by the Ukrainian manufacturer ZAZ in the mid-1960s.

The 969 is an all-wheel drive vehicle constructed by the Ukrainian manufacturer ZAZ in the mid-1960s. In 1971 production was taken over by LuAZ, an automaker from the city of Lutsk, Ukraine, founded in 1951.

First prototypes of the 969 were assembled in 1965 and the actual production started on the next year in Zaporizhia by ZAZ. As mentioned, in 1971 LuAZ started manufacturing the vehicle

In fact, at first the 969 was offered with a front wheel drive, because the supplier of rear axles wasn’t able to meet the demand, created by the LuAZ-967, another 4x4 vehicle of the same manufacturer. Engineers used the 967 as a base for the new project, developing ideas from the unbuilt Moskvitch 415 prototype.

When LuAZ took over the production in 1971, the AWD system became standard. The V4 OHV engine was located on the front axle and the rear wheels operated through a mechanical shift.

While it looks like an incorrectly proportioned machine, it was actually very off-road capable. It has very compact dimensions and 11 inches (28 centimeters) of ground clearance, which is actually more than the original Jeep Wrangler. Also, it was a sturdy and very durable machine that was quite easy for maintaining.

On the other hand, it was a real nightmare to have a trip in the LuAZ-969 on the road. It was slow, super noisy, and very unsafe to use. According to different sources, countless people have been launched out of the cabin in crashes, while more than 60 died from toxic carbon monoxide, entering the interior through the ventilation system.