What supercars would superheroes drive? Take a look at these renders

The folks over at carwow used their Photoshop skills to imagine what sort of real cars superheroes would drive.

Superman is all set to impress Lois Lane in his ride, a brand new Bugatti Chiron appropriately dressed in a blue, red and yellow livery. The front grille hosts the mighty “S” logo and the four-point LED headlights illuminate in red as a reference to Superman’s heat vision capabilities. 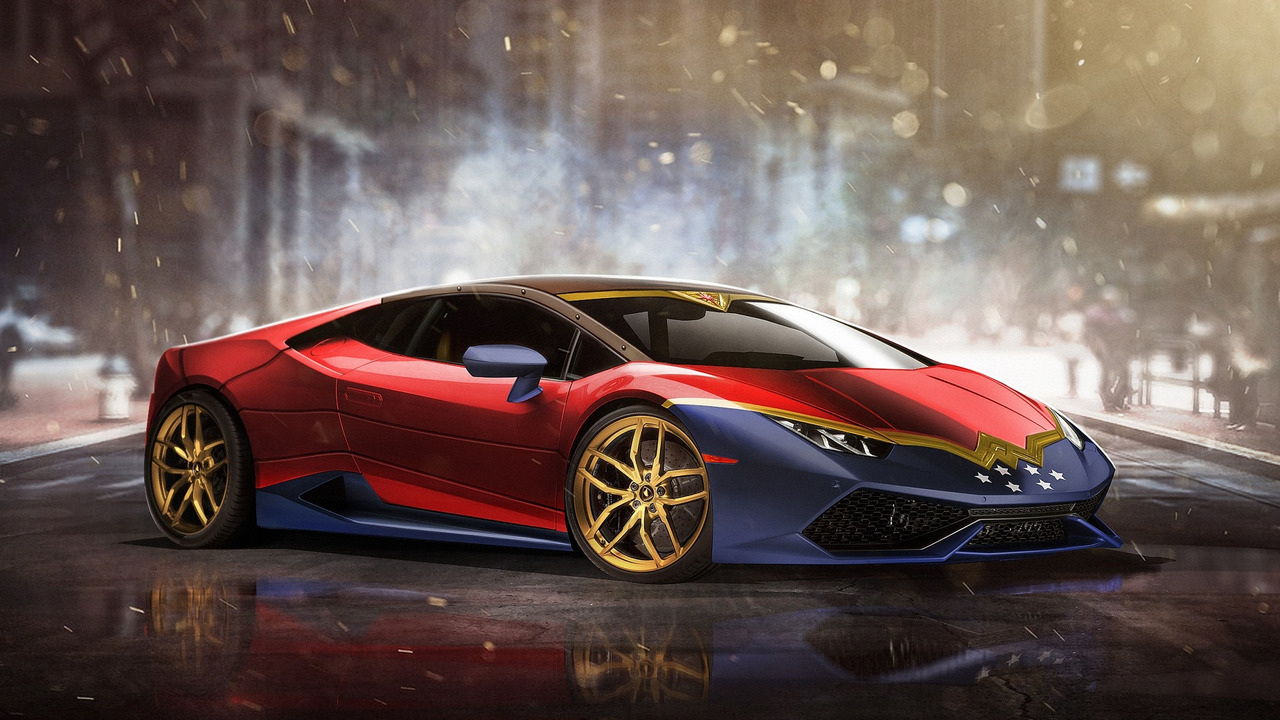 Kia came out with a Wonder Women-themed Sportage three years ago at the New York Auto Show, but now it seems the legendary warrior woman has decided it’s time for a big upgrade. The weapon of choice is the all-wheel-drive Lamborghini Huracan with a body finish that mimics her costume. 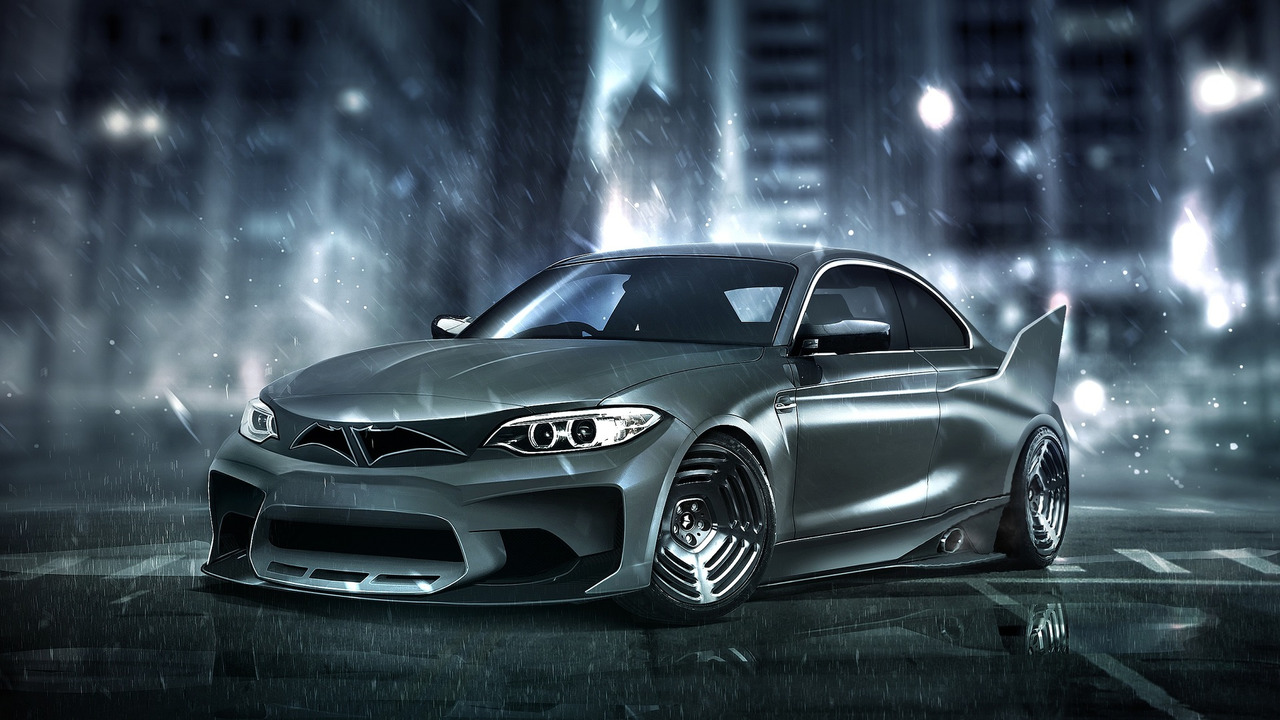 Moving on, the new Batmobile is perhaps a little bit less frightening than its predecessors and it’s certainly smaller. With a more compact footprint, the BMW M2 can prove to be the ideal tool in a crowded Gotham where Batman has to face the enemies. The hypothetical M2 also sends kind of a gothic CSL vibe and swaps the kidney grille for bat-shaped vents. 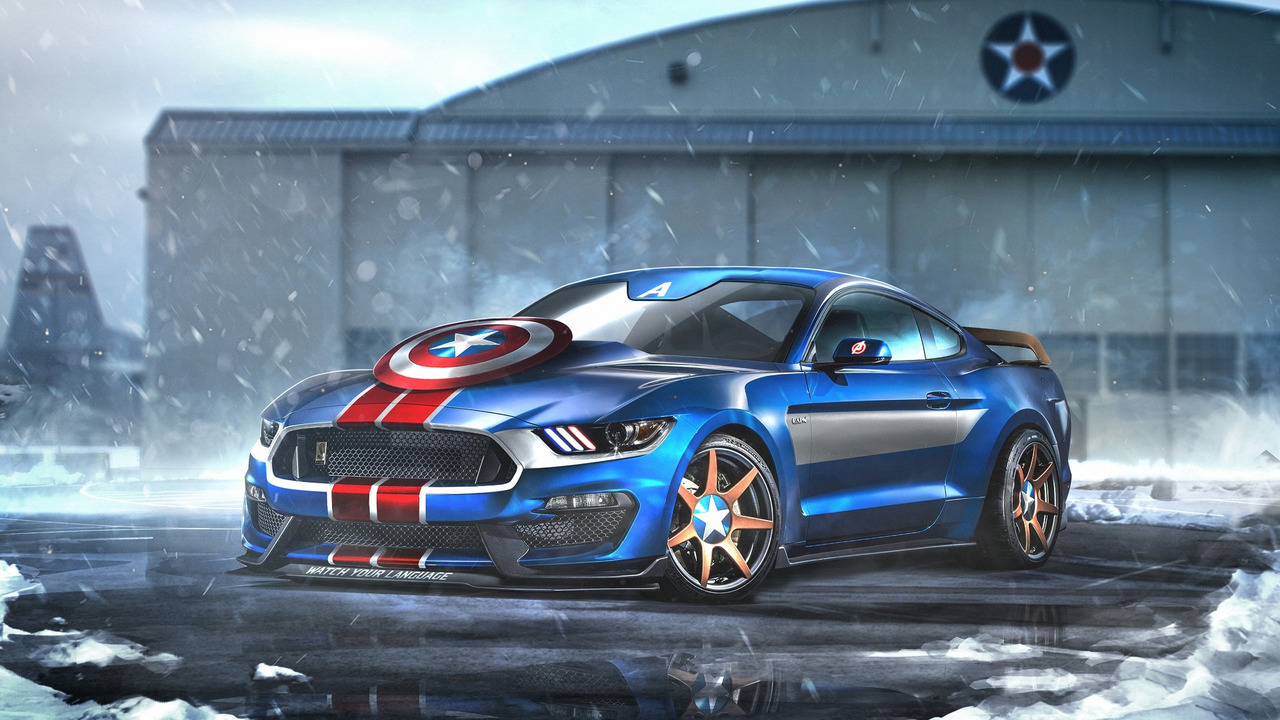 Captain America undoubtedly has to drive something built in the United States. With the Ford Mustang being one of the most representative cars made in North America, it’s no wonder the pony car has been customized for the superhero. While the regular GT350R is destined exclusively for the track, Captain America’s 526-hp V8 beast comes with a special permit allowing the patriotic superhero to use it everywhere.

With the Toyota Mirai emitting just water, it shouldn’t come as a surprise that it has been envisioned as Aquaman’s new ride. The body now echoes the hero’s costume and it has gone through some modifications to make it drivable under water as well. The Mirai is also efficient when Aquaman wants to sneak up on enemies as the hydrogen-powered car remains silent at all times. 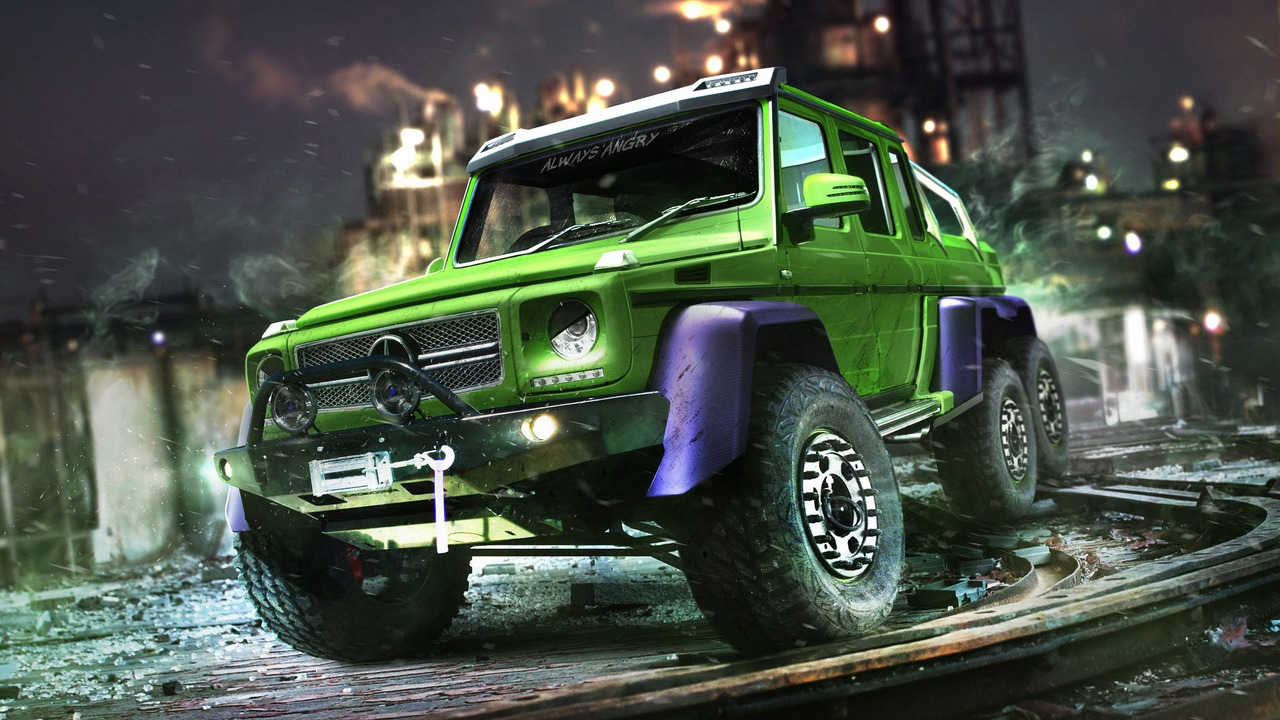 The Hulk obviously has to drive something big and green, so the only car that suits him is the Mercedes-Benz G63 AMG 6x6. This one hasn’t gone through a lot of changes in the digital realm as the six-wheeled G63 is already a beast in the real life. It does come with a lurid radioactive green paint combined with purple wheel arches which are home to those beastly off-road tires. 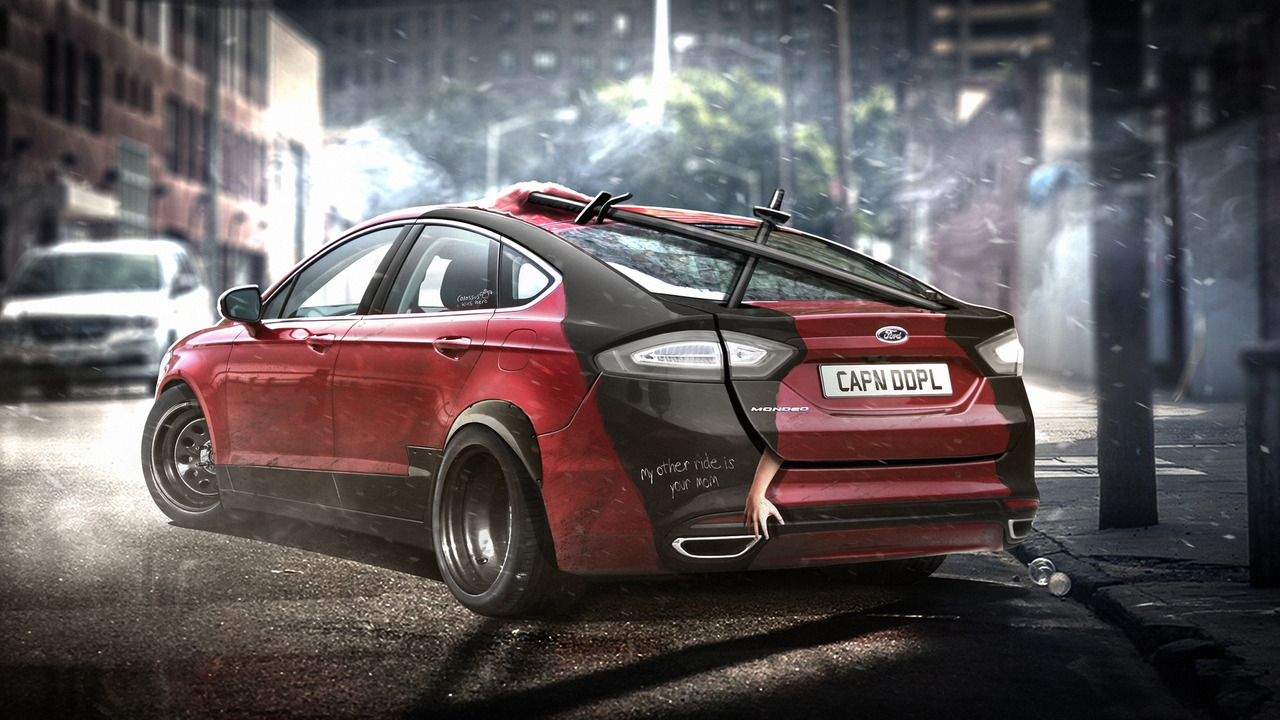 Deadpool drives the most humble car of all superheroes, a pretty ordinary Ford Mondeo/Fusion. This isn’t exactly what you would call supercar material, but at least it’s more practical than the others thanks to its larger trunk and spacious interior.

As for Wolverine, he is chasing villains with a menacing second-gen Audi R8 equipped with front claws. The supercar also gets a set of sideburns and edgy mirror caps, while at the back resides a massive wing like the ones you see on race cars. 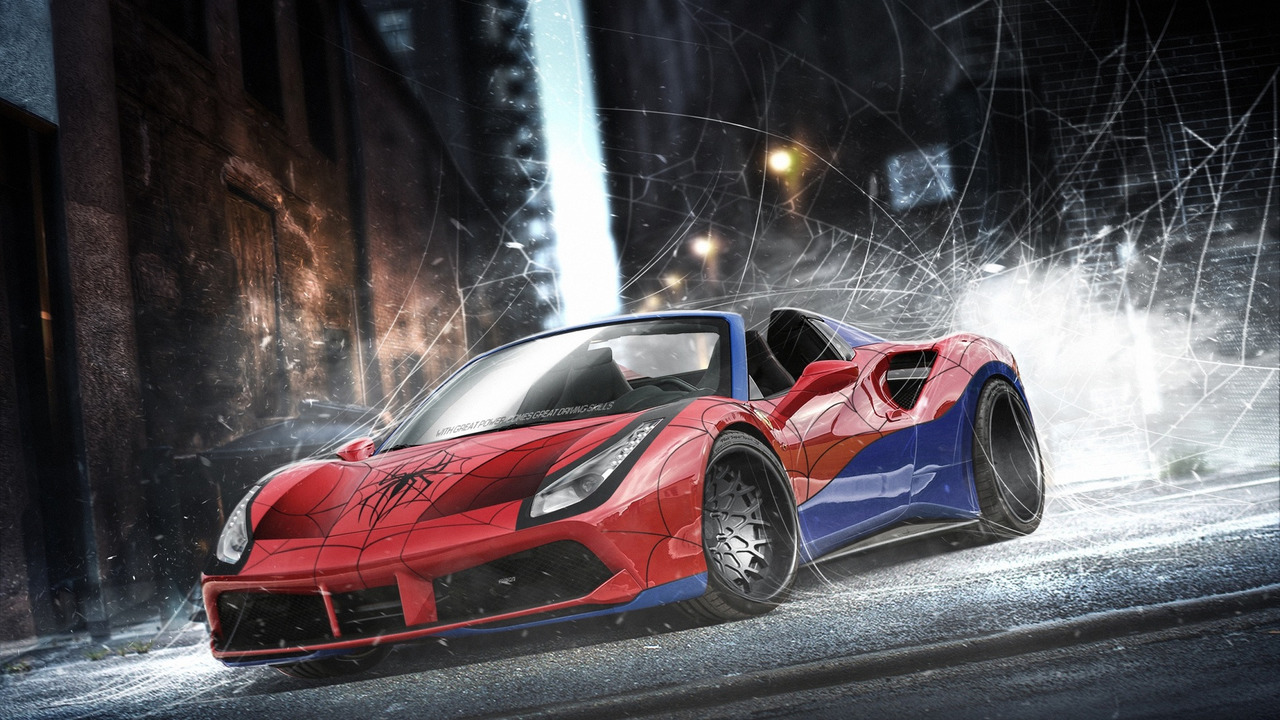 Spiderman picked a car with a very familiar designation, Spider. It’s an open-top Ferrari 488 with a red and black theme and web cues seen on the body as well as in the design of the wheels. Since it does not have a roof, it allows Spidey to quickly jump out of the car and pursue the villains. 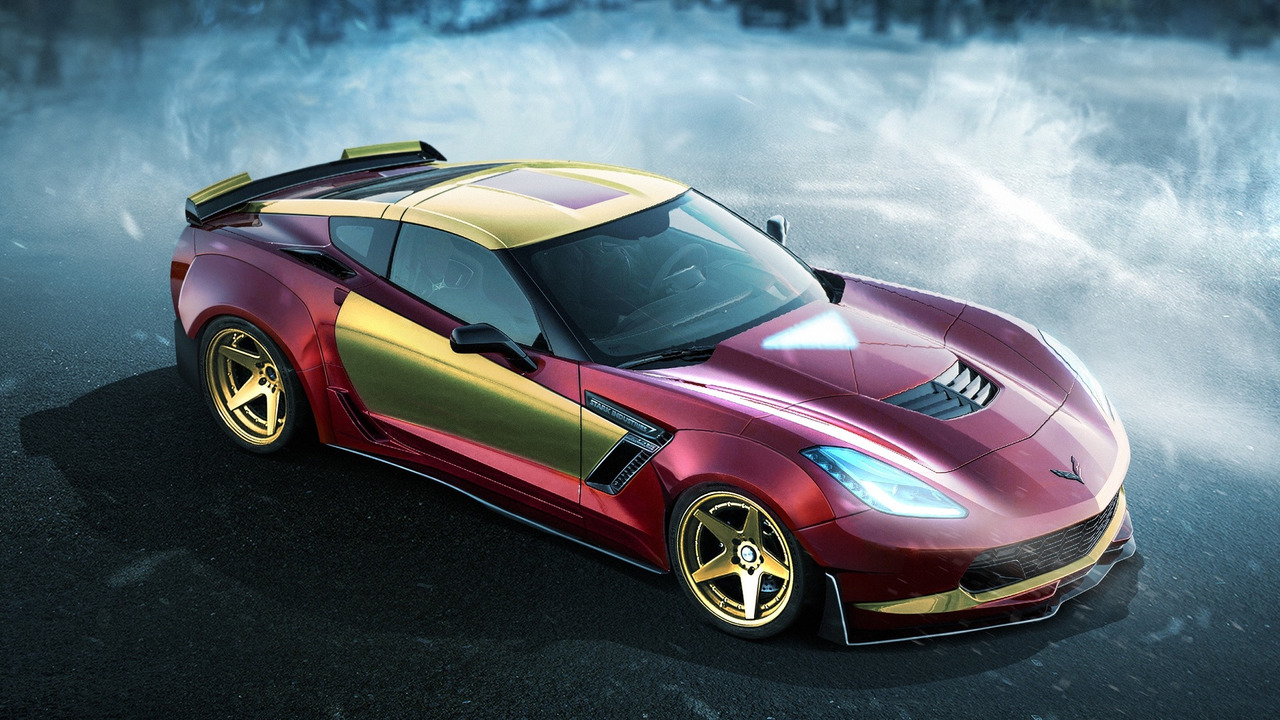 Last but certainly not least, Tony Stark’s Iron Man no longer drives the Acura NSX or the Audi R8 E-torn as he now prefers a Chevy Corvette Z06. Aside from the new livery, the car has made the switch from its supercharged 6.2-liter V8 engine to an arc reactor, ensuring even better performances without harming the environment.

Gallery: What supercars would superheroes drive?