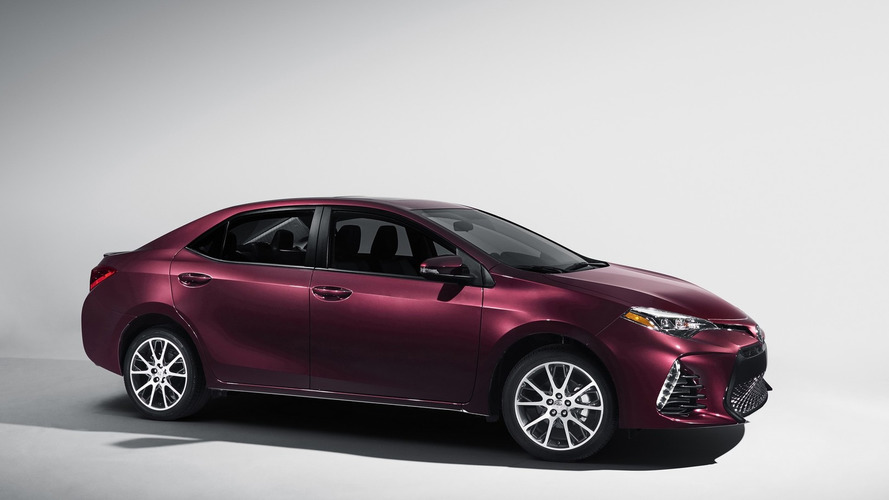 The ever so popular Corolla is celebrating its 50th anniversary and on this occasion Toyota has prepared a special edition.

Hours after applying a mild facelift on the European Corolla, Toyota is now showing us a 50th Anniversary Edition for the United States “to celebrate the love this car earns around the world.” It’s based on the 2017 Corolla SE, but adds a multitude of tweaks to make it worthy of the special status it has been attributed.

For starters, there are 17-inch alloys with dark gray inserts and a machine finish, along with revised LED headlights, 50th Anniversary badging, and Smart Key system with push button start. Most of the changes take place inside the cabin where there is a black cherry accented dashboard panel and door trim, as well as unique floor mats, and black cherry contrast stitching.

The anniversary Corolla also gets a 4.2-inch multi-information driver’s screen and a seven-inch touchscreen display for the infotainment which works together with an Entune audio and nav system. At an additional cost, Toyota will offer buyers the possibility to order a moonroof to let more light inside the cabin.

Available in Blizzard Pearl, Classic Silver, and Black Cherry colors, the 2017 Toyota Corolla 50th Anniversary Special Edition is programmed to go on sale in United States this fall. While the 8,000 units planned for production is quite the stretch for a car with “limited” status, it’s nothing compared to the 43+ million units sold by Toyota over the last half a decade.