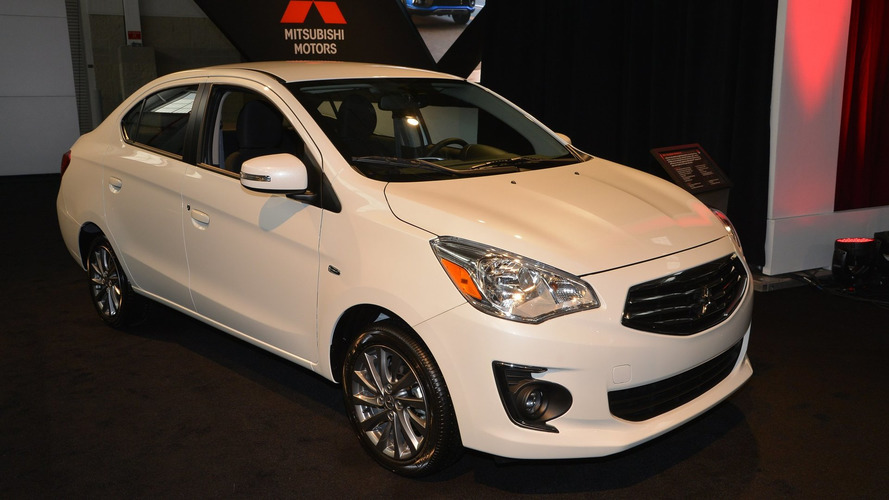 If you are in the market for a no-frills small four-door sedan that’s also easy on your wallet, Mitsubishi has just the right model for you. The Mirage G4 is basically a sedan version of the hatchback and the added trunk makes it appear a tad chubby, but overall it’s kind of cute in its own way. Mitsubishi isn’t saying anything about the trunk’s capacity, but it should be considerably bigger than the hatchback which offers 17.2 cubic feet with the rear seats in place and 47 cu. ft. once you fold them down.

Borrowed from the hatch is the same three-cylinder 1.2-liter gasoline engine developing 78 horsepower and 74 pound-feet of torque. Those ponies are sent to the front axle through either a standard five-speed manual gearbox or an optional continuously variable transmission. According to Mitsubishi, the 2017 Mirage G4 will provide the best fuel efficiency in the combined cycle in its segment and it will also have the lowest CO2 emissions.

Even though it’s a pretty basic subcompact sedan, it does come with smartphone integration with support for both Android Auto and Apple CarPlay. Add into the mix a five-year / 60,000-mile warranty, and the 2017 Mirage G4 proves to be a great choice for a cheap and practical small sedan.

Mitsubishi will start selling the Mirage G4 this spring, with pricing to be disclosed closer to the model’s launch. 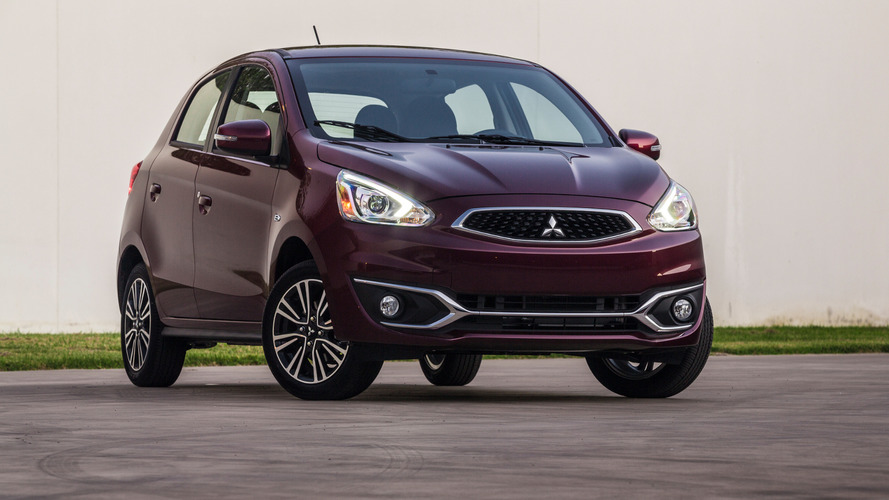 Mitsubishi Mirage going on a short hiatus in the U.S.
++Share