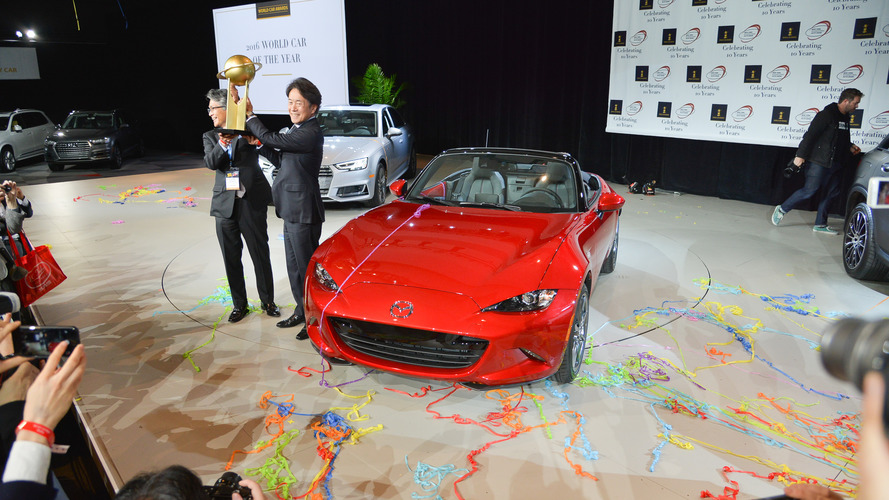 World Car Awards has announced the winners in the 2016 World Car of the Year.

During the 2016 New York Auto Show, the jury of 73 international automotive journalists decided to give the crown to the Mazda MX-5 Miata. This is not the only prize the Japanese roadster took as it was also selected as the winner in the World Car Design of the Year category.

Green car of the year is the Toyota Mirai that scored more points than the BMW 330e, Chevrolet Volt, Toyota Prius, and Volkswagen Passat GTE. At the other end of the spectrum, the Audi R8 Coupe was named World Performance Car of the Year, after beating out the Chevrolet Camaro, Honda Civic Type R, Mercedes-AMG C63 Coupe, and Range Rover Sport SVR.

The BMW 7 Series took the crown among the five finalists of the World Luxury Car of the Year, leaving behind the Audi Q7, Jaguar XF, Mercedes GLE Coupe, and Volvo XC90.