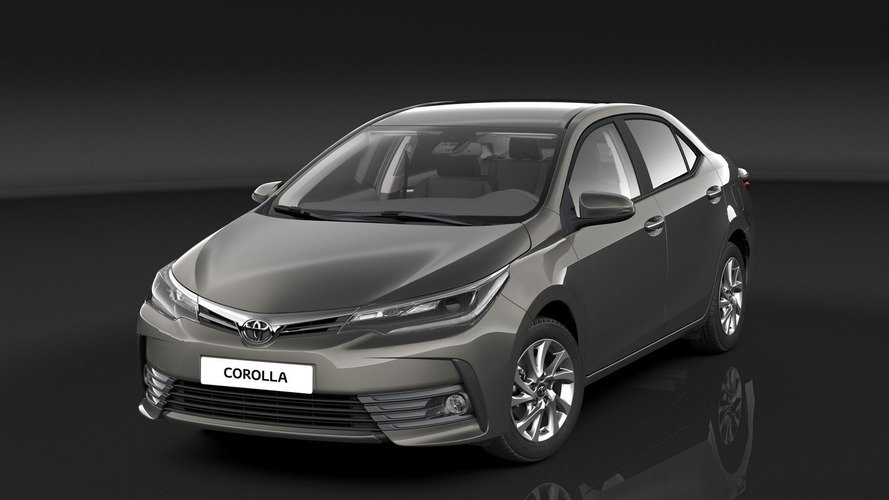 Toyota is presenting a series of cosmetic revisions for the Corolla in European specification which from now on will be offered as standard with Toyota Safety Sense.

The world’s best-selling car has gone through a minor nip and tuck for the European market where the 2016 Corolla now comes with a redesigned front end featuring a smaller upper grille. The headlights have also gone through cosmetic surgery and now have a sleeker appearance while the bumper hosts a wider lower grille.

The changes continue on the side profile where the door handles are adorned by a new chrome trim and there also fresh alloy wheel designs in 16- and 17-inch sizes. The LED taillights have a new look and there’s now a chrome garnish which according to Toyota accentuates the car’s width. Buyers get to pick from one of the nine available colors, including the new Earth Bronze, Tokyo Red, and Platinum Bronze hues.

As standard, the 2016 Toyota Corolla EU Spec comes with the latest generation of the Toyota Safety Sense which helps to prevent or mitigate collisions. It also encompasses other safety equipment, such as Road Sign Assist, Lane Departure Alert, and a Pre-Collision System.

Toyota will start selling the refreshed Corolla sedan with a “more prestigious exterior styling” in Europe this summer. Toyota sells the Corolla in various guises in no less than 150 countries all over the world and combined sales represent approximately 20% of the company’s global deliveries in a year.