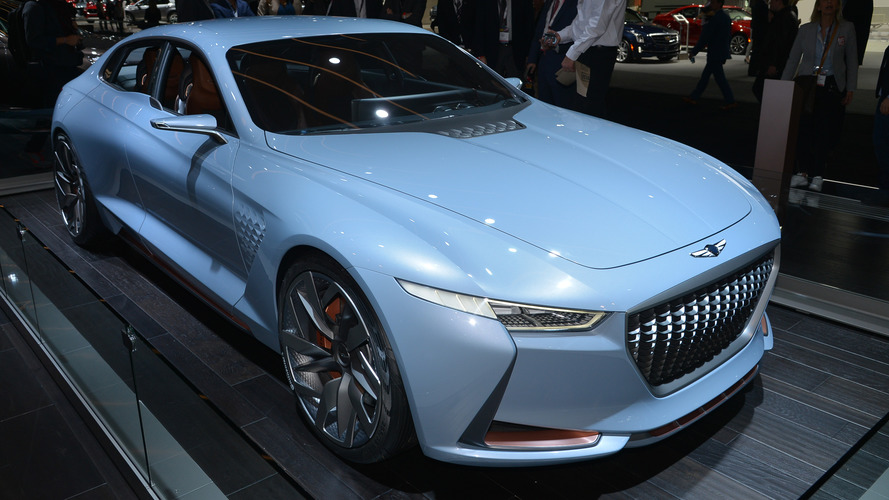 The very first Genesis-branded concept has made its debut this week at the New York Auto Show and it will serve as an indication for a future BMW 3 Series fighter.

Hyundai’s premium marque has set its sights on developing a compact premium sedan as suggested by this New York concept. The production model will likely to be called G70. The design language implemented in the Equus-replacing G90 takes a sportier approach in the New York Concept and dare we say Genesis’ designers have done a great job and hopefully the production car will have a lot in common with this.

The interior looks futuristic and is home to a massive 21-inch 4K display made by LG and housed in an aluminum casing. The massive digital display is combined with analog instrument dials, while the four-seater layout will likely be exchanged for a more conventional five-seat configuration on the production car.

The Genesis New York Concept is powered by a 2.0-liter four-cylinder engine working together with an electric motor to generate a combined output of 245 horsepower and 260 pound-feet of torque. Output is channeled to the road with help from an eight-speed automatic transmission which you will find on several premium sport sedans.

It remains to be seen when the rumored G70 will be launched, but we are willing to be patient as long as the concept’s styling won’t get lost in translation on its way to the assembly line.