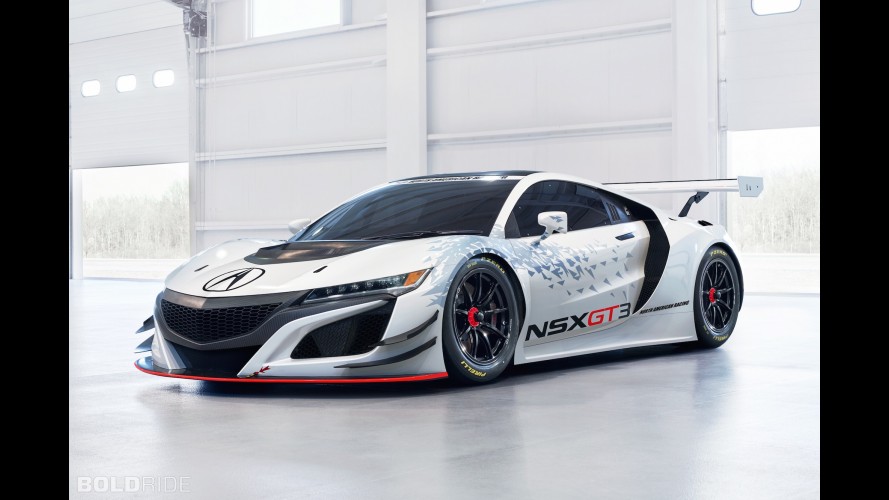 The second-generation Acura NSX has landed in New York in GT3 specification, prior to its racing debut slated for next year.

Based on the road-going 2017 NSX, the GT3 version features a considerably more aggressive body with a massive rear wing and an underbody diffuser. It also boasts larger hood vents to cool down the biturbo 3.5-liter V6 sourced from the regular model. Acura says the engine will have the same design and specifications, but in the GT3 car it will be linked to a six-speed sequential-shift gearbox, thus replacing the nine-speed automatic transmission.

While the regular NSX has an all-wheel drive system, its racing derivative will come with a RWD layout and without the electrical assistance. Such a setup could be offered on a hardcore NSX Type R set to arrive in the years to come, but it’s too early to say whether it will actually happen.

Getting back to the race car at hand, the NSX GT3 is currently undergoing development, testing, and final homologation to comply with the FIA GT3 global racing specifications. Honda Performance Development is in charge of getting the car ready for racing and it is estimated the NSX GT3 will receive the necessary homologation this fall, with the racing debut slated for the 2017 season.