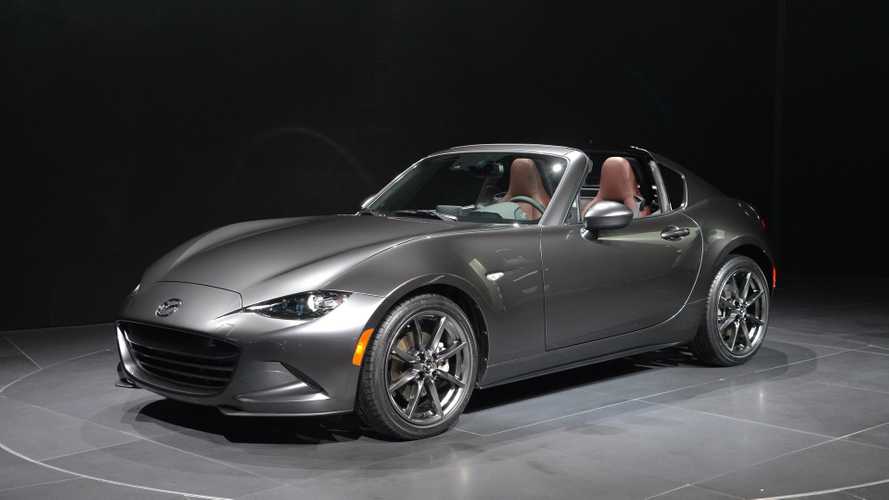 Mazda has unveiled the MX-5 Retractable Fastback (RF) on the dawn of the 2016 New York International Auto Show.

Mazda has unveiled the MX-5 Retractable Fastback (RF) on the dawn of the 2016 New York International Auto Show.

Unlike the previous-generation MX-5 PRHT, its successor adopts a targa configuration in the same vein as the much more expensive Porsche 911 Targa. Along with the different roof folding mechanism, the car has received a different name as Mazdawill sell this MX-5 version with the “RF” suffix to point out we are dealing with a “retractable fastback.”

While on the regular MX-5 Roadster you have to manually pull up or down the fabric roof, on this new RF version you just have to press a button and let the top automatically open or close. This can be done at speeds of up to 6.2 mph (10 kph) and when the hard top is stowed, the MX-5 RT still manages to offer the same cargo capacity as the Roadster.

Aside from receiving a new roof, the MX-5 RF also welcomes a new three-coat paint called “Machine Grey” developed specifically for this version and billed as being a “premium color.”

Power will be provided by the same SKYACTIV-G 1.5 and SKYACTIV-G 2.0 gasoline engines, but in United States it will be available only with the larger unit. These two engines will work with a standard six-speed manual gearbox and an optional six-speed automatic.

Debuting today at the New York Auto Show, the Mazda MX-5 RF is scheduled to go on sale as a 2017 model year and pricing will be announced closer to the car's launch.