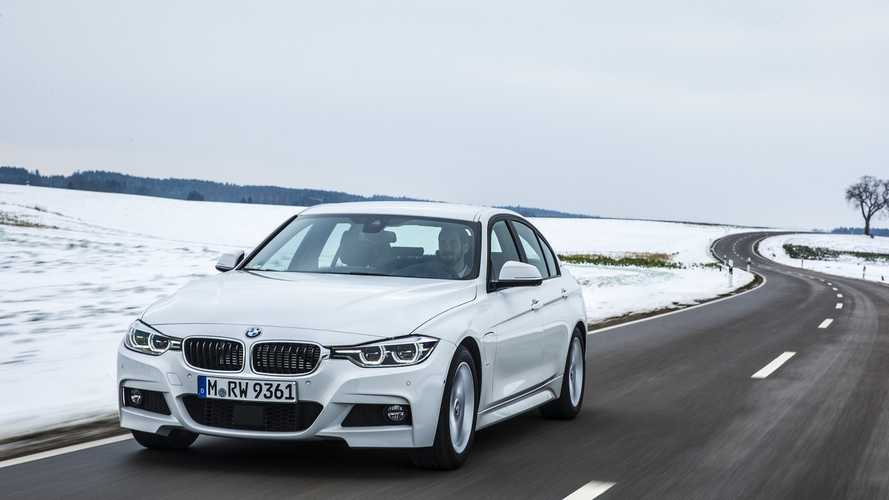 BMW has revealed the 330e iPerformance will be priced from $44,695 when it arrives at U.S. dealerships this summer.

Designed to appeal to eco-friendly consumers, the 330e iPerformance is a plug-in hybrid that features a 2.0-liter TwinPower Turbo four-cylinder engine that produces 180 horsepower and 215 pound-feet of torque.  The engine is backed up by a 7.6 kilowatt hour lithium-ion battery which powers an electric motor that develops 87 hp and 184 lb-ft of torque.  This setup enables the car to produce a combined maximum output of 248 hp and 310 lb-ft of torque.

In terms of performance, the model can accelerate from 0-60 miles per hour in 5.9 seconds before hitting a top speed of 140 mph.  More importantly, the car can travel approximately 14 miles on electricity alone at speeds up to 75 mph.

The 330e iPerformance also has an electric boost function which enables the electric motor to supplement the combustion engine when additional power is needed.  Depending on the position of the accelerator, the electric motor's full 184 lb-ft of torque can be applied for added acceleration.

When the battery is depleted, it can be charged in as little as two hours and 30 minutes using the optional BMW i Wallbox Level II 240 volt charger.  However, the standard Level I charger 120V charger requires a recharging time of six to seven hours.