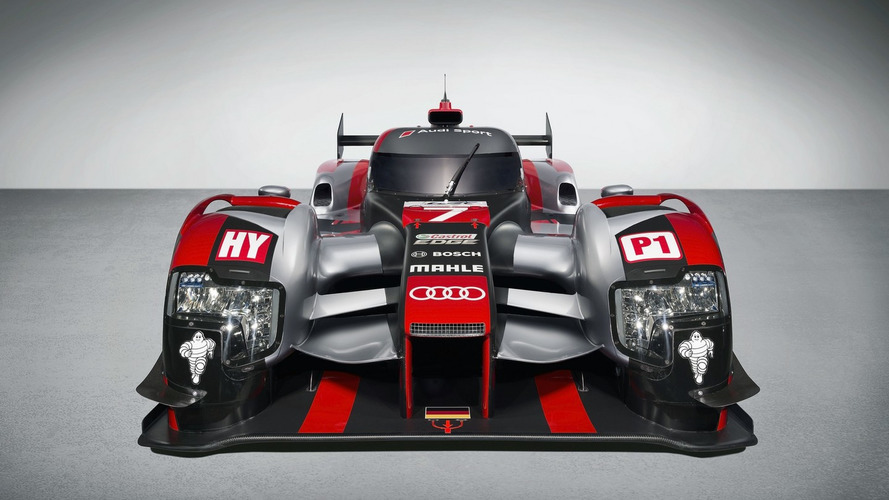 The manufacturer says the new R18 has been redesigned from scratch and has almost nothing in common with its predecessor. Interestingly, the Germans have focused mainly on fuel efficiency in order to meet FIA WEC regulations, which allow ten megajoules per lap at Le Mans which is less energy than last year. Thanks to the new rules, the vehicle consumes ten percent less fuel than before.

Audi is changing direction with the 1000-horsepower (736 kilowatts) hybrid system of the car as it will use a lithium-ion accumulator as the hybrid energy storage system instead of the flywheel energy storage system used from 2012 to 2015. The so-called MGU (Motor Generator Unit) at the front axle is generating energy by converting the rotary motion of the front wheels into electrical energy when the driver brakes. New track-specific limitations also reduce the amount of energy the MGU is supplying to 408 horsepower (300 kilowatts).

Audi has also redesigned major parts of the aerodynamics, such as the front end, where airflow has to be directed across the top of the race car and between the wheel wells, entering the cooling ducts through the body shell. Audi says that thanks to the new or revised elements of the vehicle, it directs airflow even more effectively to optimally approach the underfloor.

At the back, the air goes out through the diffusor and produces a “major portion of the downforce under the race car.” There’s also a new monocoque with modified proportions.

All these improvements have resulted in a 32.4 percent better fuel economy of the V6 diesel engine of the car compared to the first generation in 2011. Audi is now using lighter and more efficient turbochargers for the unit, while some components of the engine are now arranged differently in order to make room for the new aerodynamic details.