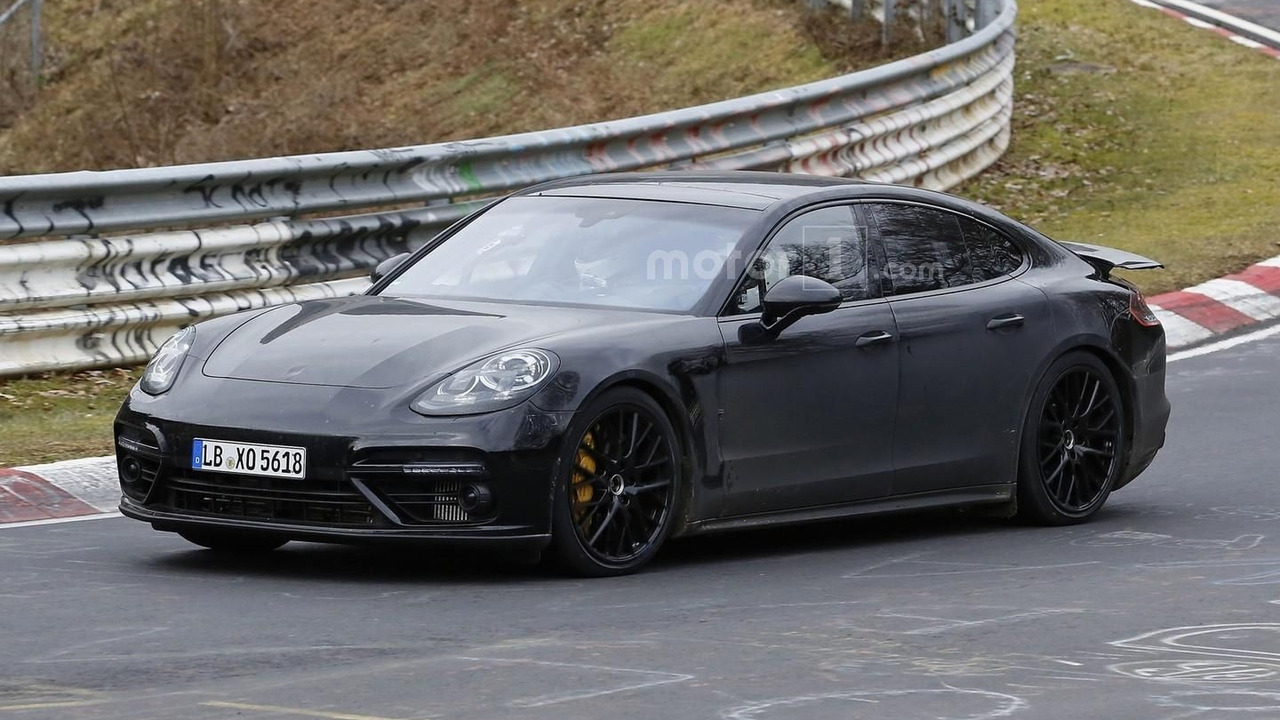 Porsche’s test drivers were seen at the Nürburgring a few days ago while putting a 2017 Panamera prototype through its paces.

Porsche’s test drivers were seen at the Nürburgring a few days ago while putting a 2017 Panamera prototype through its paces.

Nürburgring testing has commenced and naturally Porsche is on location to put the finishing touches on the second-generation Panamera. Looking at the size of the brakes and the shape of the quad exhaust tips, this is likely a Turbo version and in some of the attached spy shots the prototype seems as if it’s glued to the road. Making sure the model is ready before its market launch set for the end of 2016, the test driver was pushing the car quite hard.

At a first glance, the prototype appears to be virtually undisguised, but the headlights and taillights remain partially hidden under some stickers while some of the areas of the body are masked by a black plastic wrap. Despite the disguise, you can clearly see the four-point LED headlight configuration, the LED strips of daytime running lights on the front bumper, and you can also take a peek at the taillights. More importantly, the shape of the rear end is less bulky compared to the outgoing Panamera.

It’s not known at this point whether the new model will continue to use the same engine, but we keep hearing rumors about a new array of V6 and V8 units developed in collaboration with Audi. We do know for sure the new Panamera will ride on the MSB platform and some of the versions could lose as much as 200 pounds (91 kilograms).

Porsche will likely introduce the all-new 2017 Panamera in October at the Paris Motor Show and will put it on sale before the year’s end.