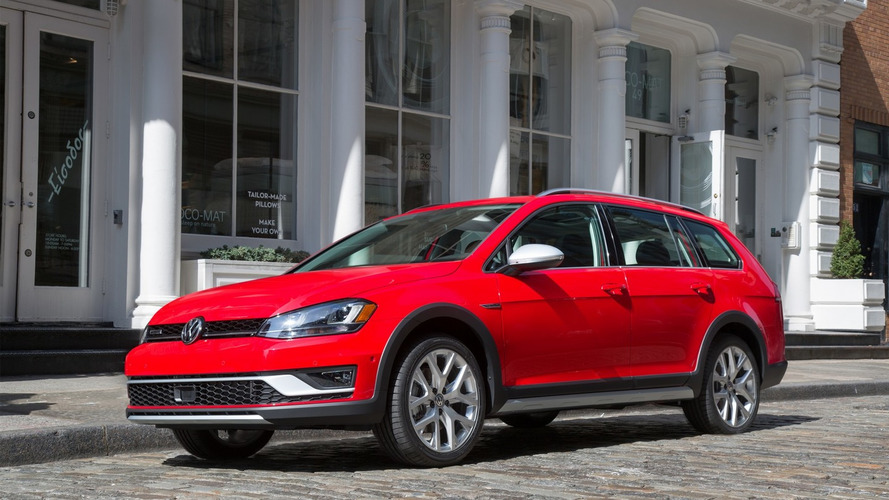 Volkswagen of America has taken the wraps off the 2017 Golf Alltrack in production guise and will have it on display later this week in New York.

Volkswagen of America has taken the wraps off the 2017 Golf Alltrack in production guise and will have it on display later this week in New York.

It was at last year’s New York Auto Show where VoA exhibited the Golf SportWagen Alltrack and now the model is revisiting the Big Apple to show its production face. Set to go on sale this fall, the Golf Alltrack (without the “SportWagen” in its name) echoes its European brother which has been available for about a year now.

Compared to a regular Golf SportWagen, the Alltrack has almost one inch more of ground clearance and adopts a slightly more rugged body. Plastic cladding and redesigned bumpers differentiate it from the standard model, and there are also bespoke 17-inch (S and SE trims) and 18-inch (SEL trim) alloy wheels. The all-wheel-drive compact wagon also has silver accents on the roof rails, matte side mirror caps, and for the front & rear underbody protection.

Stepping inside, the cabin is a little bit more upscale thanks to standard leatherette seating surfaces and there is also the option of a brown leatherette exclusive to this model. The VW Golf Alltrack gets ambient lighting, aluminum pedal covers and door sills, along with a 6.5-inch capacitive color touchscreen for the infotainment system. Buyers are also rewarded with a rearview camera and extra connectivity options through VW Car-Net App-Connect.

Power comes exclusively from the familiar turbocharged 1.8-liter four-cylinder gasoline engine delivering 170 horsepower and 199 pound-feet of torque. Initially, the engine will be linked only to a dual-clutch six-speed automatic transmission, but later on buyers will be able to get a six-speed manual as well.

Regardless of gearbox choice, the Golf Alltrack has a standard 4MOTION system with fifth-gen Haldex coupling ensuring optimal traction regardless of surface. To further improve traction on bumpy roads, there’s an “Off-Road Mode” for the Drive Mode selector which turns on the hill descent control system and also optimizes traction control for off-road surfaces.

The Alltrack version remains just as practical as the regular Golf SportWagen, so you will be able to enjoy a cargo capacity of 30.4 cubic feet with the rear seats in place. Fold the 60:40 split bench and the available space jumps to a generous 66.5 cu. ft.

There’s no word about pricing just yet, but it will be more expensive than a standard 2016 Golf SportWagen which in United States begins at $21,625 MSRP. 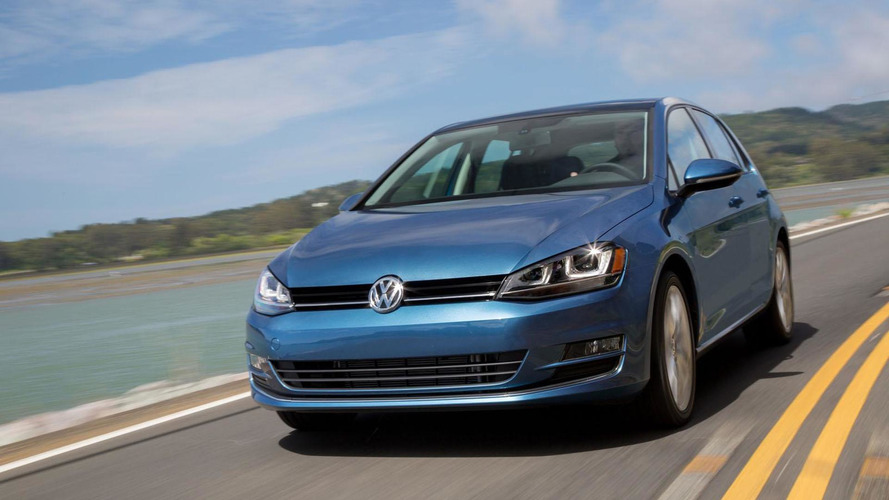