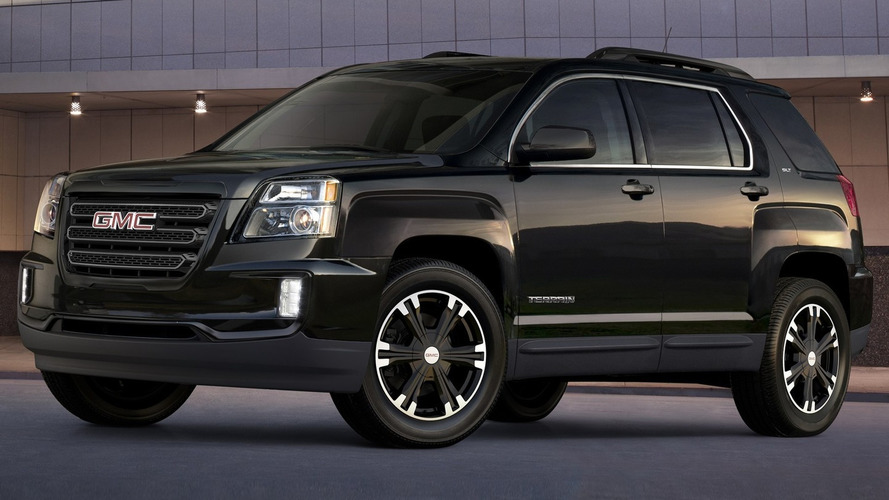 The 2017 GMC Terrain Nightfall Edition proposes a murdered-out appearance with many black bits and will be exhibited later this week in New York.

The 2017 GMC Terrain Nightfall Edition proposes a murdered-out appearance with many black bits and will be exhibited later this week in New York.

As the name of the model suggests, this new special edition closely echoes last year’s Canyon Nightfall Edition and it’s all about blacked-out body details. The charcoal front grille has a glossy black surround and accents while more black accents for the front and rear fascias contribute to the sinister appearance.

For the same purpose, GMC has applied a similar treatment on the mirror caps, roof rails, and even for the rear license plate surround. To top it all off, the machine-faced 18-inch aluminum wheels come with glossy black spokes.

If you like this look, GMC says it will only offer it on the SLE-2 and SLT models and besides this Onyx Black paint, you’ll be able to pick from three other hues: Crimson Red Metallic, Graphite Gray Metallic, and Summit White. Being offered on those two trim levels, it means the model will come as standard with a seven-inch IntelliLink infotainment system and will be available with 4G LTE and Wi-Fi hotspot.

The 2017 GMC Terrain Nightfall Edition is slated to go on sale this fall, with pricing to be announced closer to the model’s launch. 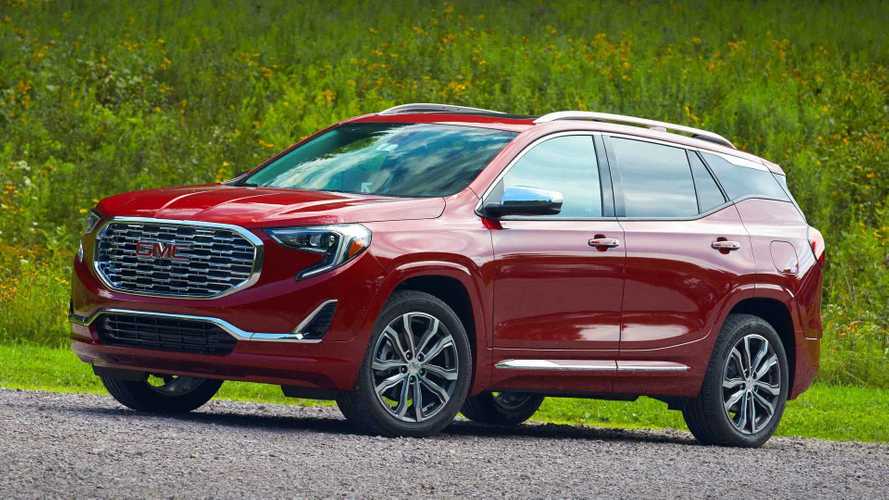