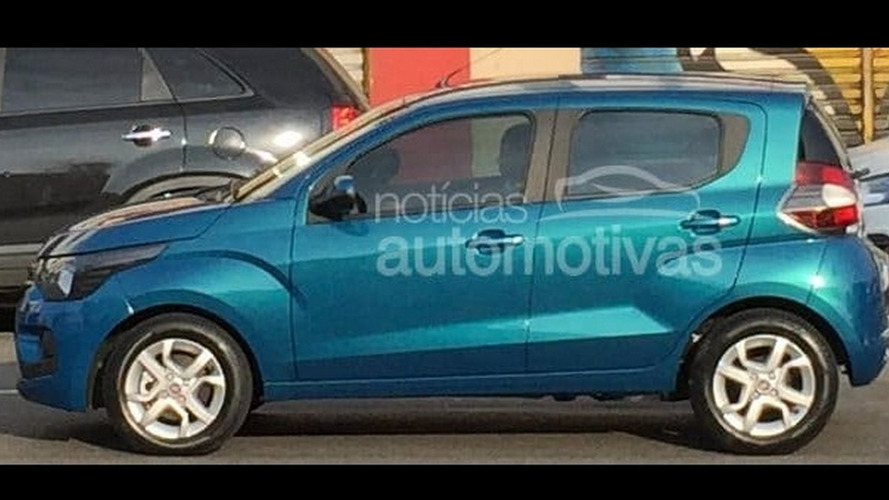 Fiat’s forthcoming A-segment model for Brazil has been caught on camera without any sort of camouflage.

Fiat’s forthcoming A-segment model for Brazil has been caught on camera without any sort of camouflage.

The car was originally believed to revive the “Topolino” moniker, but in the end it seems Fiat Brazil has decided to use the “Mobi” nameplate instead. What we have here is a near-production prototype conducting final testing ahead of the model’s scheduled market launch in April. Shorter than the Uno, Fiat’s new city car will adopt a boxy shape which should grant a roomy interior cabin, despite the vehicle’s small footprint.

While the exterior design is a departure from the new Uno BR Spec, images of the interior obtained by Brazilian media have shown some similarities between the two, but the Mobi will have a more basic appearance. The trunk is said to have a cargo capacity of 9.18 cubic feet (260 liters) with the rear seats in place.

Set to replace the Fiat Uno Vivace, the Mobi will be available upon launch exclusively with a 1.0-liter four-cylinder engine developing 73 hp (75 hp on ethanol) delivered to a five-speed manual gearbox. Local media is reporting a newly developed 1.0-liter three-cylinder will be launched at some point in 2017 and will have slightly more power than the existing 1.0-liter.

In terms of pricing, it will cost just about the same as the outgoing Uno Vivace which in Brazil begins at R$ 30,010.