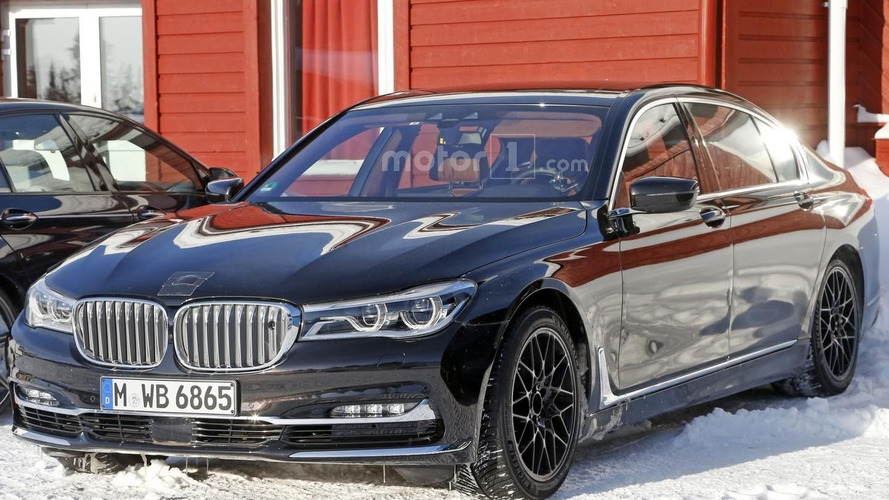 Spy photos originating from Sweden show what could possibly be an early test mule of the BMW M7.

Spy photos originating from Sweden show what could possibly be an early test mule of the BMW M7.

We’ve heard BMW saying multiple times it won’t do a full-blown M7 because it doesn’t believe there would be enough demand to create a profitable business case. However, last week the company said it has plans to roll out more M models, so maybe the executives have changed their minds and there will be an M7 after all.

Seen here could be just that, the crown jewel of the 7 Series range slated to be positioned above the recently introduced M760Li xDrive. While the latter has a 610-hp 6.6-liter V12 engine, chances are the possible M7 will use an upgraded iteration of the biturbo 4.4-liter V8 linked exclusively to an xDrive all-wheel-drive system. The engine delivers 600 hp in the M5 “30 Jahre M5” special edition, so M’s engineers will probably optimize it further and squeeze extra horsepower out to make it a worthy Mercedes S63 competitor. If it will stick to the larger V12, it will go up against Mercedes-AMG's S65.

Even if it’s not an M7, the new model planned by BMW / BMW M is certainly a performance version judging by the size of the front brakes. The car also had quad exhaust tips, 19-inch wheels, and carried “BMW Individual” lettering at the back on the chrome bar interconnecting the taillights. Our spies tell us they saw these two vehicles testing together with an M5 and two X6 Ms, so clearly this is something with a lot of punch.

Being an early test mule, don’t expect this new derivative to come out in the foreseeable future, so most likely the model will be launched next year as a 2018MY. We are not excluding the possibility this is one of those special models planned by BMW to celebrate its centenary this year. There are rumors of a 7 Series Centennial Edition due this fall, but that one will focus on luxury whereas these cars hint at something exciting for the driver, not for the rear passengers.