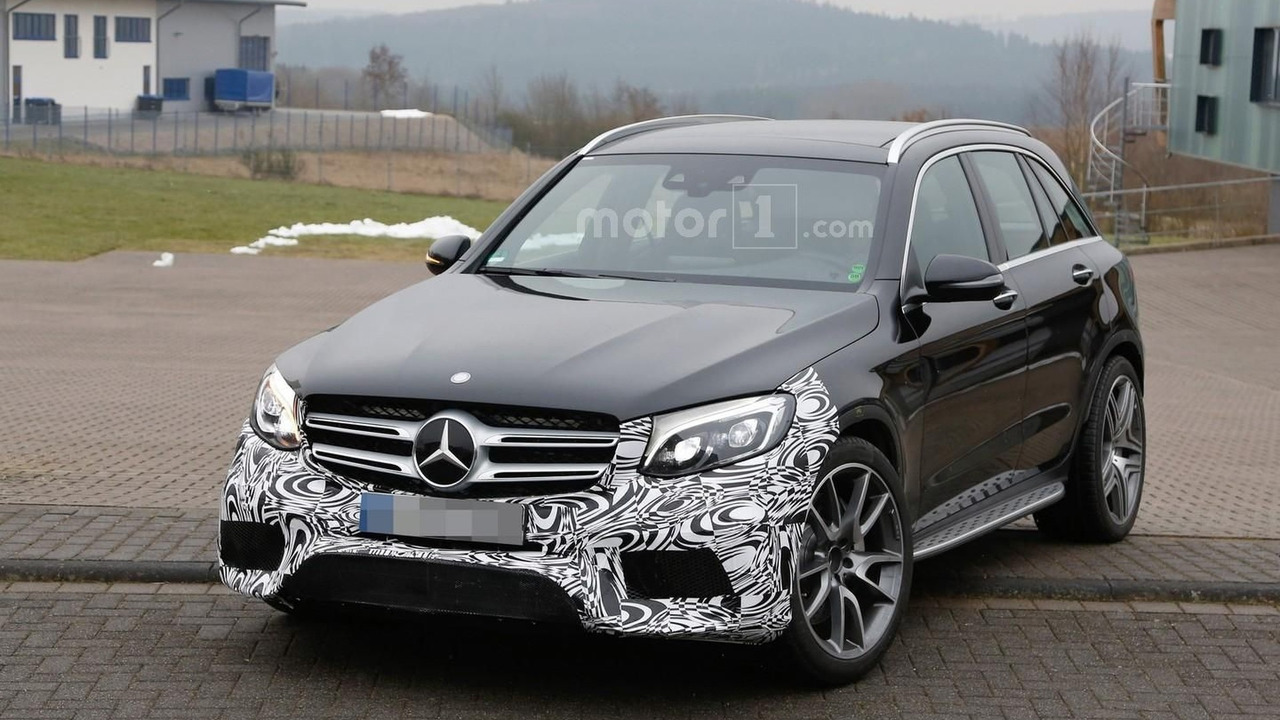 Our spies have sent us a batch of images with a V8-powered prototype of the recently introduced Mercedes-AMG GLC 43.

Our spies have sent us a batch of images with a V8-powered prototype of the recently introduced Mercedes-AMG GLC 43.

We’ve known for quite some time there would be a range-topping GLC 63 and now we have the pics to prove it. While this is basically a prototype of the recently introduced GLC 43 with a beefier front bumper, hiding underneath that hood is a different engine. The GLC 43 is motivated by a 362-hp biturbo 3.0-liter V6 engine whereas the flagship GLC 63 will get the bad boy 4.0-liter V8, also with a biturbo configuration. We know for sure the prototype has the larger engine as our spy photographers say they definitely heard a V8 roar.

We already know how much power the engine will deliver as it will have the same 469 horesepower & 479 pound-feet as seen in the C 63. Those with a bigger thirst for power will go for the beefier S version which will bring 503 hp and 516 lb-ft. This significant bump in output over the GLC 43 will certainly slash a few tenths of a second from the 0-60 mph (0-96 kph) sprint which takes 4.8 seconds in the warm GLC. Top speed will likely continue to be electronically-capped at 155 mph (250 kph).

The differences between the two GLCs from Mercedes-AMG will be more than just the two additional cylinders. The 63 is also getting a slightly more aggressive body with bigger air intakes, different exhaust, beefier brakes, larger wheels, and a stiffer suspension setup.

When can we expect the GLC 63? Mercedes-AMG could decide to unveil the crown jewel of the GLC range at the beginning of October during the Paris Motor Show. As for the aforementioned GLC 43, it will be shown in public for the first time next week at the Paris Motor Show. The new addition to the GLC range will share the spotlight with the GLC Coupe set to bow in production guise.