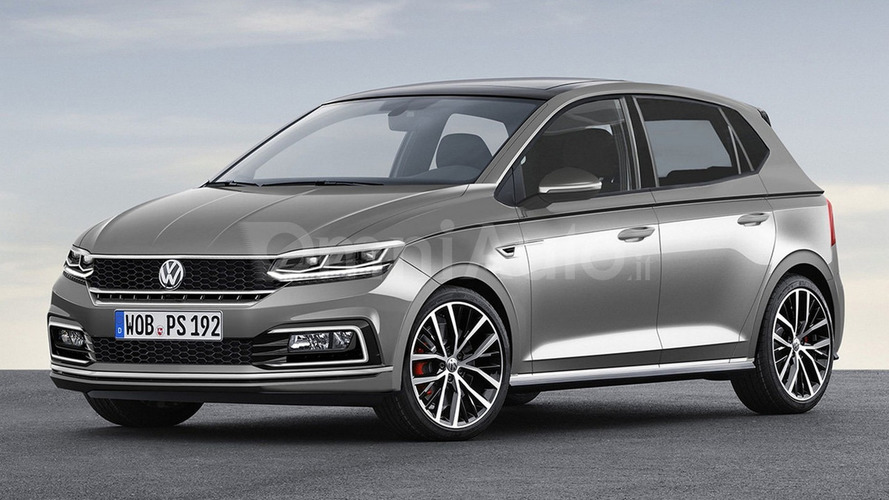 The sixth-generation Volkswagen Polo is this week’s model selected by OmniAuto.it for a speculative render.

The sixth-generation Volkswagen Polo is this week’s model selected by OmniAuto.it for a speculative render.

The current Polo V supermini has been on sale since 2008, so naturally a replacement is being prepared by the folks from Wolfsburg. It will get brand new underpinnings as the 2017 Polo will eschew the PQ25 platform in favor of a shorter adaption of the flexible MQB architecture. This will bring a significant weight loss, even though the model will likely grow a little bit in size, as suggested by the attached render.

As you can see, OmniAuto.it has envisioned the 2017 Polo with a more refined design influenced by the latest Passat midsize sedan/wagon. The increased footprint makes the supermini appear more mature and at the same time it’s bound to become more comfortable and practical thanks to a roomier interior.

Being an MQB product, the new Polo will have access to an assortment of efficient turbocharged three- and four-cylinder engines. We also expect to see a plug-in hybrid version and obviously a spicy GTI that will arrive at a later date.

According to a report issued earlier this week by Wards Auto, the all-new VW Polo will go on sale in June 2017. It will continue to be assembled at the factory in Landaben, Spain where VW plans to invest $1.01 billion (€900 million) by 2018 to expand the facility. In addition, it seems representatives of workers at this plant are currently negotiating with VW to add an extra model to the assembly line. If the two parties will come to an agreement, the model in question could be a baby crossover previewed by the T-Cross Breeze concept. We are making this assumption based on the fact that VW has already confirmed a smaller crossover is on the way and it will share the same platform with the new Polo.

Taking into account the report states new Polo sales will begin in June 2017, we expect an official introduction to occur earlier that year at the Geneva Motor Show in March.