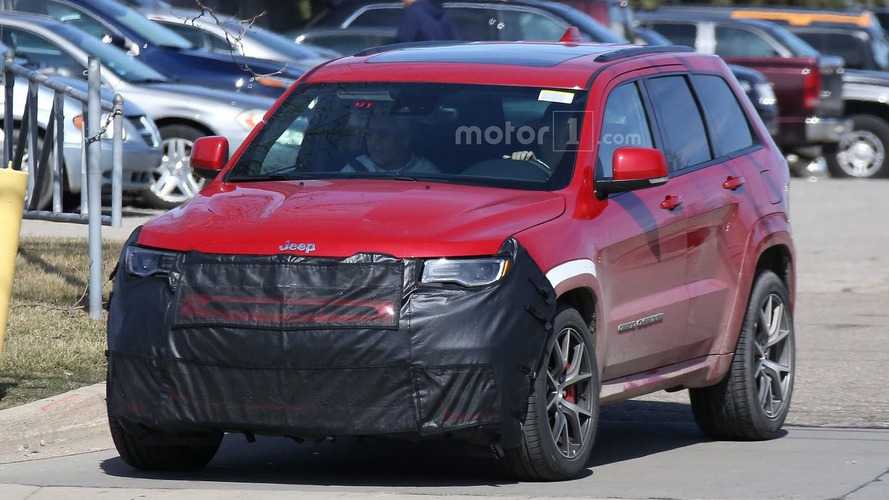 Caught being benchmarked against the Range Rover Sport SVR, the high-performance model will become the most powerful Grand Cherokee ever created.  To help distinguish the model from more mainstream variants, the Grand Cherokee Trackhawk has been equipped with a revised front fascia that features a smaller grille and an additional air intake.  There doesn't appear to be any other styling tweaks but that could change by the time the production variant is introduced.

Spy photographers couldn't get close enough to snap interior photos but the cabin is largely expected to carryover.  As a result, customers can expect to find a flat-bottomed steering wheel, a digital instrument cluster, and premium leather upholstery.  The model should also be equipped with an 8.4-inch Uconnect infotainment system that features a Performance Pages Plus+ screen which provides performance related data such as acceleration times.

Power will be provided by a supercharged 6.2-liter Hellcat V8 engine. The engine produces 707 horsepower and 650 pound-feet of torque in the Dodge Charger and Challenger SRT Hellcat but previous reports have suggested the output could be lower in the Grand Cherokee Trackhawk to prevent problems with the model's all-wheel-drive system.