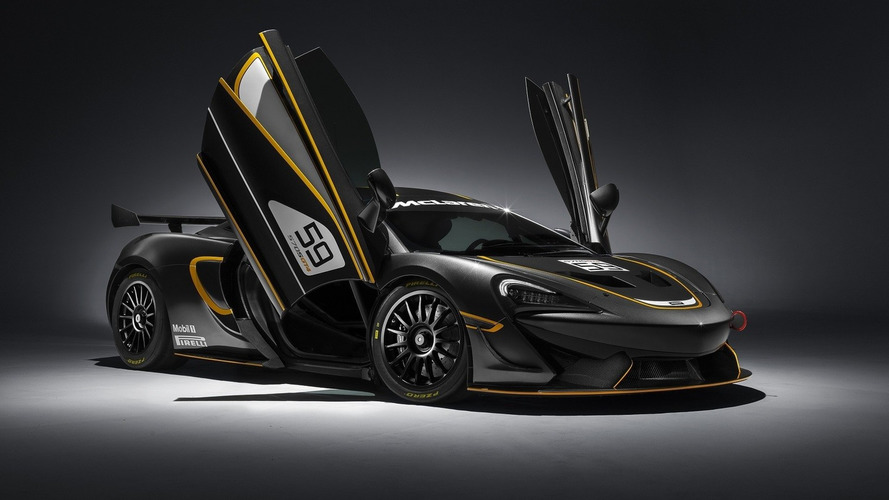 The McLaren 570S is putting on a racing suit as a new GT4 version is currently in the final development phase.

Just like all the other Sports Series models, the new track-only 570S GT4 is based around McLaren’s lightweight carbon fiber MonoCell II chassis that now comes wrapped in a significantly wider body. The newly developed aerodynamic package tailored to GT4 specification includes a taller rear wing aimed to boost downforce on the rear axle.

There are also numerous carbon fiber bits to keep the weight down along with a prominent splitter increasing downforce at the front axle. At its heart is the familiar twin-turbo V8 engine adapted from the road-going 570S for race use and delivering its power to magnesium alloy wheels shod in Pirelli slick tires.

McLaren’s racing arm, McLaren GT, is already taking orders for the 570S GT4 which starts at £159,900 in the United Kingdom. First customer deliveries are slated for 2017, but you will be able to check it out live this year during the British GT Championship as the race car will participate in the full nine-round calendar. Its racing debut is scheduled for the weekend of 16-17 April at the famous Brands Hatch circuit.

In the coming weeks, McLaren GT will also unveil the 570S Sprint described as being a “dedicated track day car, unrestricted by any racing regulations.”