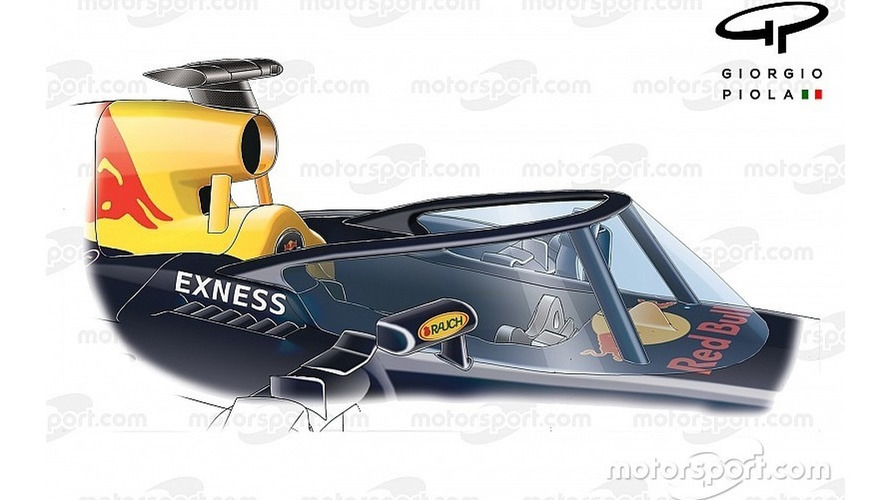 One of Red Bull's rivals has backed the more 'futuristic' concept behind the team's alternative Formula 1 Halo, ahead of its first planned test next month.

Although Ferrari has already run an FIA-preferred open structure, Red Bull wants to experiment with a different solution that features an acrylic canopy.

Giorgio Piola's exclusive drawing above provide a concept image of what the design – which features two side supports to the side of the nose rather than one in front of the driver – could look like.

Red Bull boss Christian Horner told Motorsport.com earlier this month: “It is a more of a canopy – open topped. So is effectively like a bigger windscreen.

"It is more elegant and hopefully offers better visibility. So let's see what the FIA think of it."

Williams deputy team principal Claire Williams said that on visual terms, the Red Bull version was her preferred one.

“I really like Red Bull's jet fighter concept,” she said. “If we are going for these new racing cars that are supposed to look futuristic, put a jet fighter type thing around it.

“I think that is exciting. But then you have to worry about water and condensation and all that kind of stuff. So it is still a work in progress.”

Horner is not in favour of the Ferrari concept – which has drawn criticism from drivers and fans.

"Personally I don't like it," he said. "I understand that driver safety is absolutely of paramount importance, but for me I think I am a little bit more of a purist of open cockpit racing that has been there for 60 years - and there is danger associated with that.

The final decision on which concept will become standard will ultimately rest with the FIA – which is already understood to be fully supportive of the concept tested by Ferrari.

Williams admitted that safety would be the ultimate deciding factor for F1.

“Most importantly it is which one provides the most safety for the drivers and until that has been determined I am in total support of whichever concept works best.” 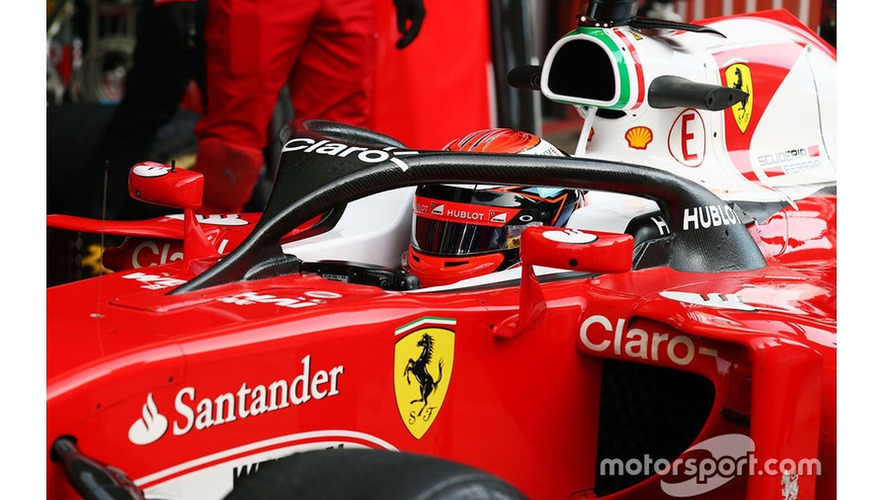