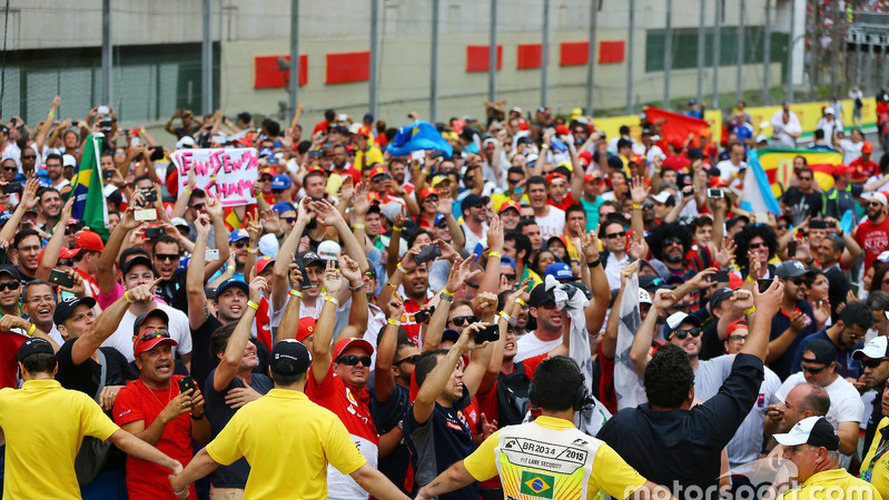 Stats say Formula 1 audiences have been shrinking to new lows, but is the sport underestimating the share including those who watch on less traditional ways? Kate Walker wonders.

Stats say Formula 1 audiences have been shrinking to new lows, but is the sport underestimating the share including those who watch on less traditional ways? Kate Walker wonders.

The story is both familiar and damning. F1 is boring, the cars are too quiet and incapable of overtaking and as a consequence, fans are turning away from the sport in droves.

Add to that the fact that access is becoming more expensive, both trackside and at home and on television, and the conclusion is far from happy ever after. Formula 1 is sick and it may well be terminal.

While it makes for a dramatic yarn and easy copy, it's not exactly true.

Formula 1 is still a growing sport with a healthy global fanbase, but we're not using the tools at our disposal to find out who's watching and which markets they're tuning in from. As a result, underestimates of F1's audience share could be off by 20 percent or more.

As recently as five years ago, there was little to no reason for F1's stakeholders - TV broadcasters, sponsors, and the sport's leaders - to pay attention to the grey area that is a sport's illegal fanbase.

While the technology to stream and watch live programming existed and was used actively by everyone under 30, Formula 1 was still available on free-to-air television in its biggest markets, and the need to seek out alternative forms of access was hardly pressing.

A scant five years later, and a healthy percentage of those under 70 now know how to stream online media through official channels, VPN access to foreign media can exist in the form of an always-on background app downloaded for free, and the price of following F1 through traditional means has skyrocketed.

As FTA has lost F1 market share, audiences have been shrinking to new lows, as far as the official statistics have it.

During the Italian Grand Prix weekend in 2014, following a press conference in which F1's declining viewing figures and new methods of access were key topics of discussion, I asked Pirelli's Paul Hembery whether his company - in its role as F1 sponsor, not F1 supplier - had started to collect any data on the sport's online audience through the tracking of torrents and streaming sites.

"We don't," Hembery said. "We still look at classical evaluation of television distribution."

This week, after 18 more months of hand-wringing op-eds about the state of Formula 1 (some of which I must take responsibility for writing), I repeated the question. According to Hembery, Pirelli's methodology hasn't changed since I last asked.

What has changed is the way in which teams are now celebrating their victories on social media, adding to press releases data on the number of followers they can boast on Twitter, Instagram, Facebook, and so on.

But despite this PR push towards greater team access through online channels, there has been no follow-through in determining just how many of these fans prefer to consume their F1 online.

Last year's GPDA Global Fan Survey did ask fans about how they preferred to access the sport, and the results were interesting - if obvious to anyone who now consumes the majority of their televisual media online.

While the GPDA survey didn't drill down further, determining whether online and on-demand access was via official channels or otherwise, self-reporting of illegal behaviour is rarely accurate.

But what can be measured - in season, at least - is the number of seeders and leechers using (say) the world's five biggest torrenting sites to access race weekend coverage in the 24 hour period starting when the lights go out.

Measuring online access figures on the grey and black market is an inexact science, but so too is the measuring of TV figures, which work on estimates made using averages to determine exactly how many eyeballs are in the room at one time.

If estimated TV audience figures are good enough for the sport's stakeholders to trust, why are we missing out on a potentially much bigger online audience?

An opportunity for F1

Bernie Ecclestone may not understand the online market, but he does understand monetisation.

If Formula One Management were to be proactive in establishing roughly how many fans are enjoying his product without paying for the right to do so, the F1 boss could claw back some of that lost income through increasing the costs of sponsoring the sport.

After all, if television tells us that F1 was seen by 425 million eyeballs in 2014 (down from 600 million in 2008), yet online research brings that audience back up to the 500 million-plus mark, (almost) everyone benefits.

CVC can redraft their evaluations of the value of the sport, sponsors can better justify their outlay to questioning boards, and FOM can rake in more money.

Tacitly accepting that we have a significant illegal fanbase is not the same as condoning it. But if we can't beat them, can we at least start using them to demonstrate the true health of Formula 1 around the world?

Just because we're not counting doesn't mean they're not watching.